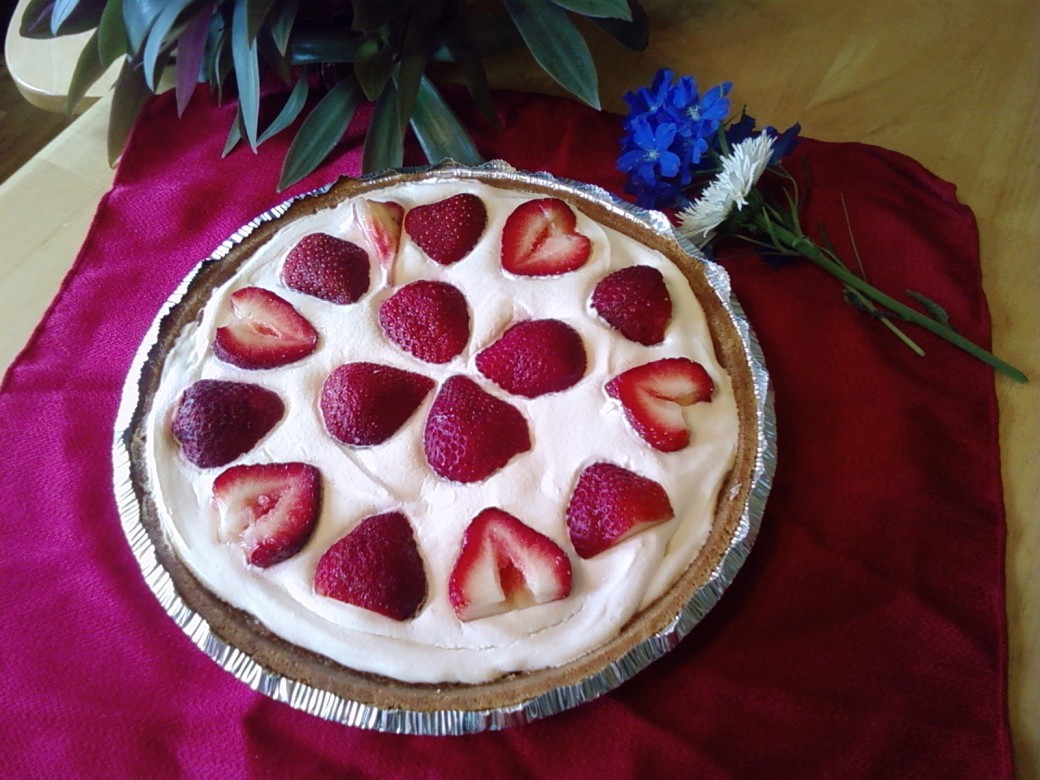 I didn’t change much to the buttermilk pie (original recipe here).  I used a graham cracker crust because I prefer those with a custard pie and I added some lemon extract along with the lemon zest.  It was good, though I thought the texture wasn’t as light as I would have expected.  This might be because I beat the eggs longer than necessary.

I changed the Drunken Chicken appetizers quite a bit (original recipe here).

First, the recipe called for soaking the wooden skewers in bourbon – since we were grilling this sounded like a recipe for disaster.  I soaked them in water.  What to do with all that bourbon?  The only thing (well besides drinking it myself) was to soak the chicken in it.  I did a marinade of bourbon and Cajun spices overnight.  Then because after 2 different stores I was unable to find the small appetizer skewers, I had to use regular size ones.  Worked okay, but made it difficult to wrap the bacon around the chicken and pineapple.  I settled for bumping the bacon up against each end of the chicken pieces and putting 4 appetizers per skewer.  Then because I had Chipolte  peppers in adobo sauce instead of adobo chili powder, I ended up making a paste of that, brown sugar, cajun spice, a splash of pineapple juice and a bit more bourbon.  I brushed it on the skewers and slopped a bit more on while they were grilling.  They came out pretty good.  I think next time I would add a bit of pineapple juice to the bourbon marinade (or some brown sugar).