We’ve done these before.  The recipe, such as it is, is simple enough: Dump some fruit into a pan, scatter a handful of rolled oats over the fruit, dump a cake mix atop that, and then dump butter on top of the mix.  Bake in a 350 oven till the top browns and the fruit bubbles up.

I went with a bag of  blackberries mixed with some Splenda for sweetener and a bit of lemon juice and a teaspoon of cinnamon.  Some recipes go with raw fruit but I opted for cooking mine down and adding some corn starch as a thickener. I was breaking in a new 8×8 pan so I used only a half box of white cake mix over the rolled oats, and used a grater to shred a stick of very cold butter right over that.  Using a 9×13 cake pan you would use the entire box of mix and two sticks of butter. 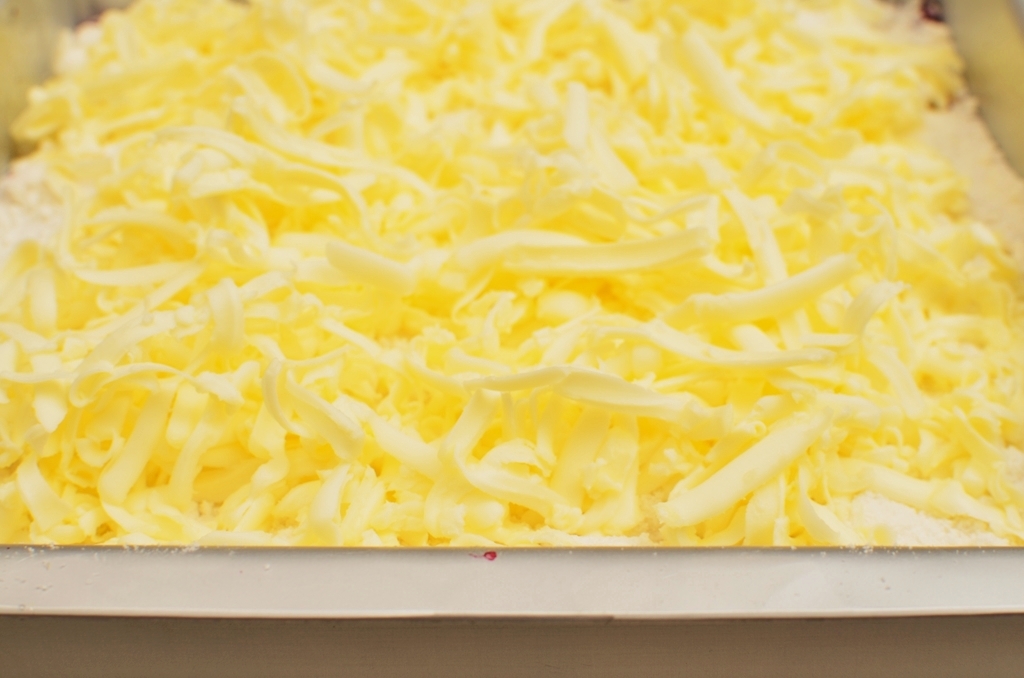 I popped it into a 350 oven and set the timer for 30 minutes, I gave it 6 or 8 minutes more before I was satisfied with the color of the top. 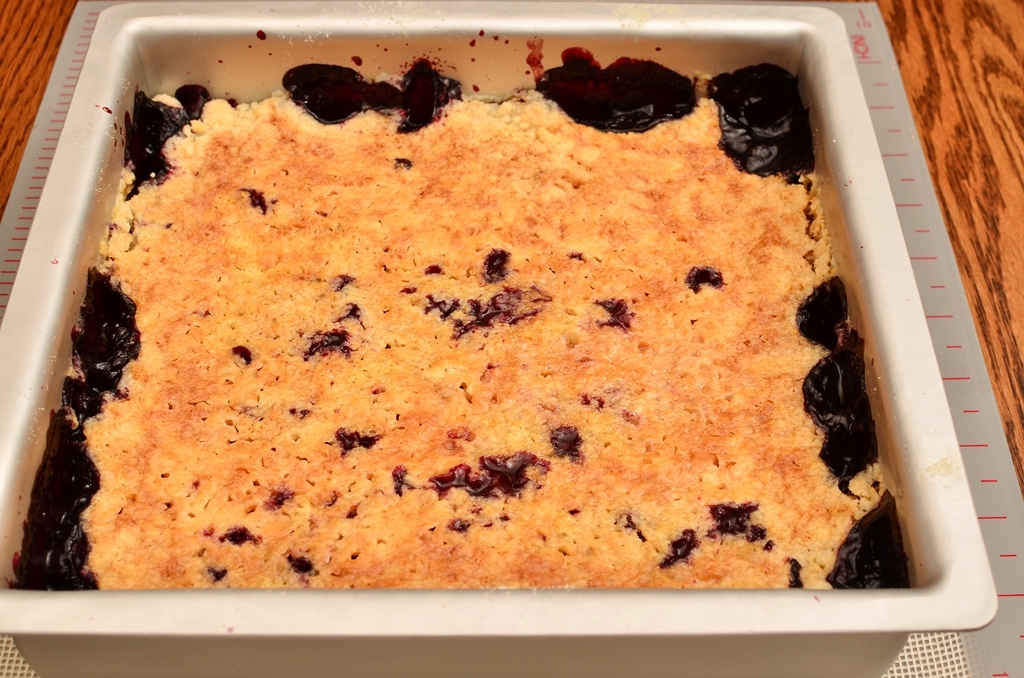 I was expecting the result to be more “cake-y” but the cake mix, the oats,  and the butter combined to make a very tasty, almost crunchy, topping.  It was very good with whipped cream. 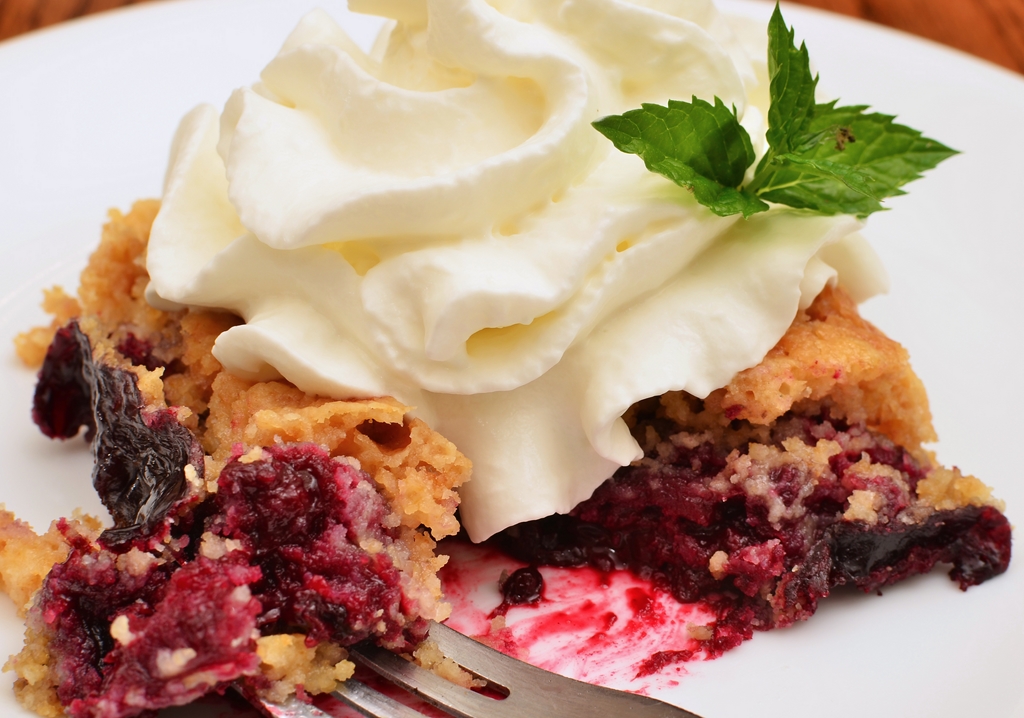