While wandering about in the grocery store yesterday I came across a huge bin of gravy mix packets, ten for a dollar.  Seemed plenty cheap so I grabbed a half dozen in three flavors.  I’ve been generally dismissive of this sort of thing since gravy is easy but sometimes faster and easier trumps. 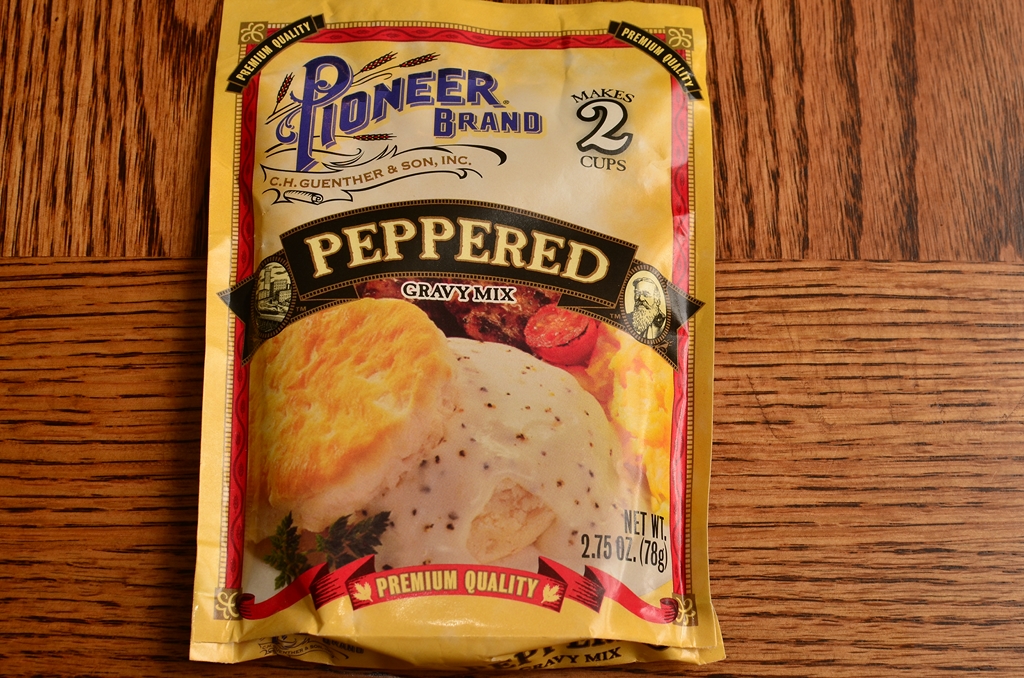 A gravy trial would be a sham without testimony from the biscuits.  I quickly came across this recipe with a quick Google search.  The recipe worked nicely: 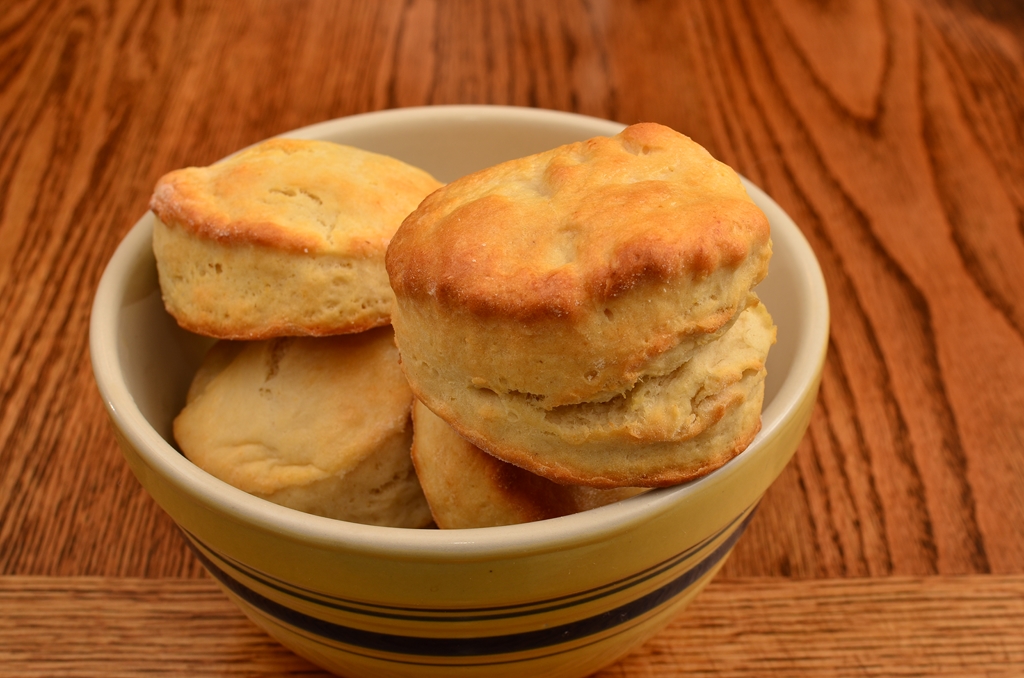 The packet claims to be peppered and there were some black specks evident but there weren’t enough to keep me from grinding more. 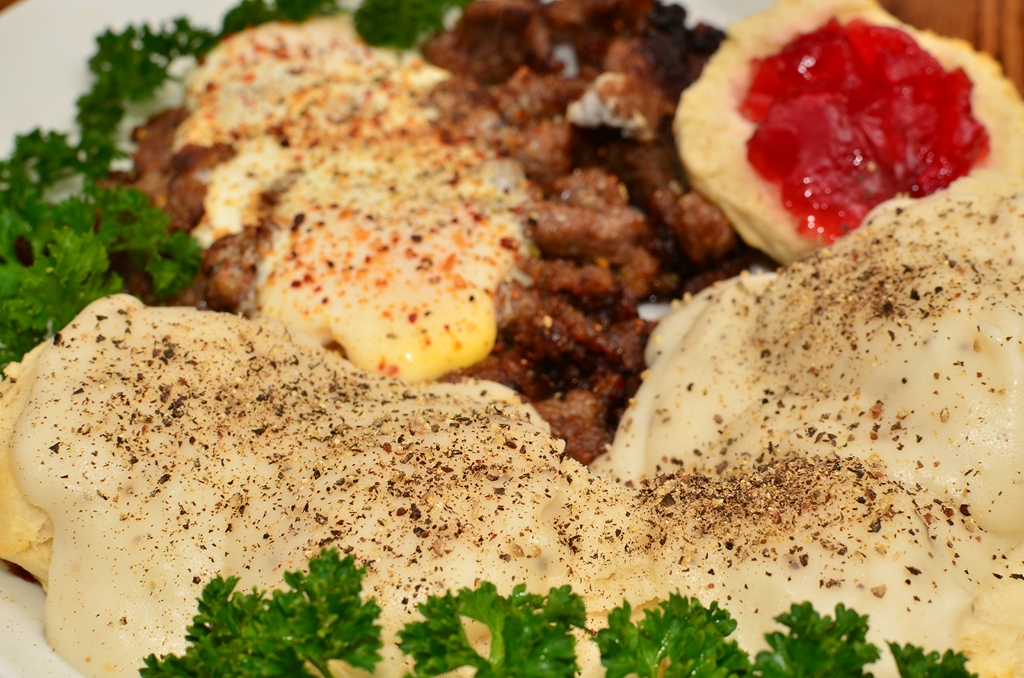 The verdict?  This stuff will do in a pinch.  It’s fast, easy, and doesn’t require either grease or milk.  Mix the contents with 1/2 cup of cool water, then whisk that into 1-1/2 cups of boiling water.