Mrs J took a small pork butt from the freezer yesterday to thaw overnight.  Neither of us had a particular recipe in mind and it could have gone in several different ways but I wanted to experiment a bit.It started the same way as past pork roasts with the insertion of garlic cloves into slits cut in the pork.  I rolled the meat in a mix of ancho powder, kosher salt, and black pepper.  I wasn’t sure yet whether to roast it on a rack or to add liquid and braise it.  Remembering a stash of beer in the cupboard was enough to make up my mind.  I opened a 12 ounce Guinness and poured that into the pan around the pork, then covered the pan with foil and set it to slow cooking in a 250-ish oven while I puttered around in the shop.  After 4 or 5 hours I peeked inside, it looked done but the liquid wanted reducing.  I transferred everything into a 12″ cast iron skillet and used a good steel spatula to chop the meat up.  I added some coarse chopped onion and covered the skillet and let it simmer for a while, another hour or so.  Removing the lid, I upped the heat until most of the liquids had evaporated. 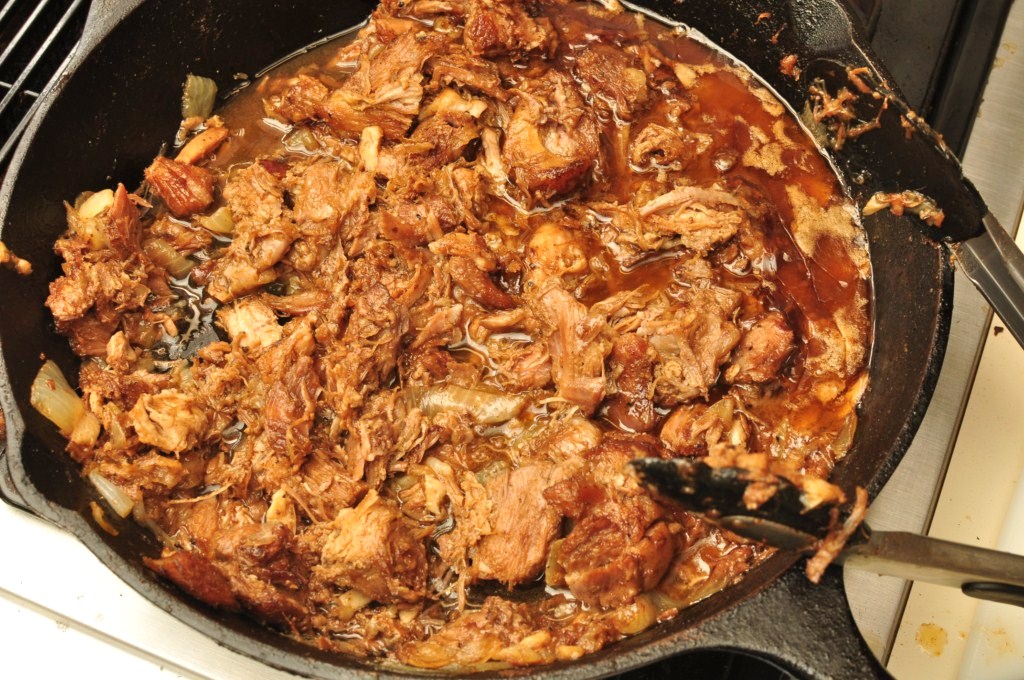 Looked good, I announced supper and built some sandwiches.  The oil was hot in the deep fryer so I dropped a batch of shoestrings in and brought the slaw out of the fridge. 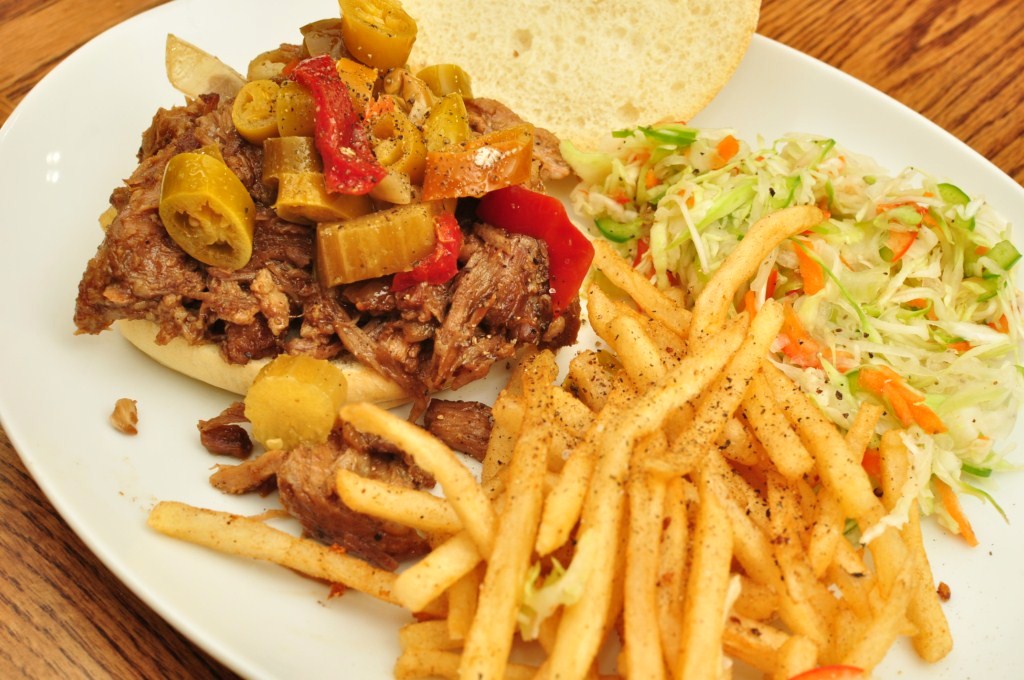 I had a new jar of giardiniera to try out, and these sandwiches were just the thing for it.  The jar was labeled hot so I didn’t bother to put any on Mrs J’s. The stuff worked well for me, too hot for the Missus, but it really wasn’t something extraordinarily hot.  I liked it.  I made a small batch of slaw earlier and included just a bit too much fresh jalapeno for Mrs J, she left her portion on the plate.  It’s hard to calibrate the heat sometimes.