Still using Alton Brown’s recipes for these.  Mrs J has been on a mint eradication jihad in her front garden and has had some success, enough that I couldn’t find any to garnish the plate tonight. She also dug out an old gnarly rose bush that the mint was growing up through.

I did alter his method a bit, informed by my reading from the Serious Eats web site.  I kept the lamb cold for the processing, it was nearly so cold that the paste was stiff enough that my machine had all it wanted to spin.  I have no idea if the “leakage” of liquids from the loaf was affected for good or ill.  I cooked it in a 300 oven until the thermometer reached 165 which was higher than the second fellow recommended.  I did do the slicing and broiling trick to get a bit of crisp on the meat.

And I did add some mayo to the tzatziki, again influenced a bit by the Serious Eats discussion, but it otherwise was Alton’s recipe.  I can’t say it helped any and I’ll leave it out of the next batch but YMMV, as the kids say these days.  I will note that his Food Lab blog is the place that taught me how to do French fries right.  Enjoy! 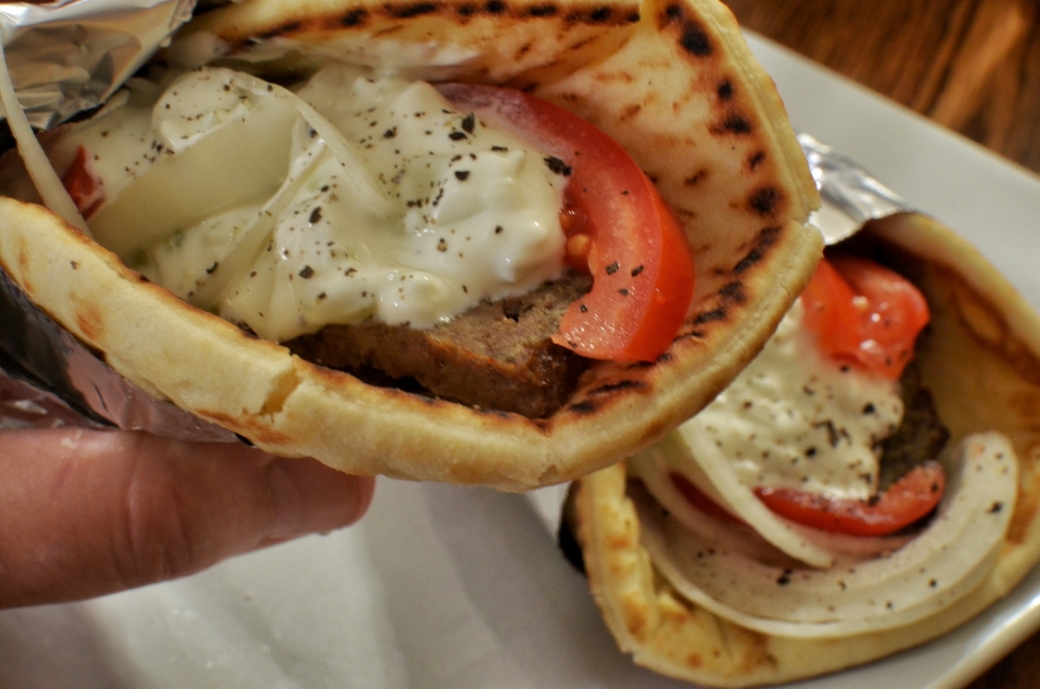