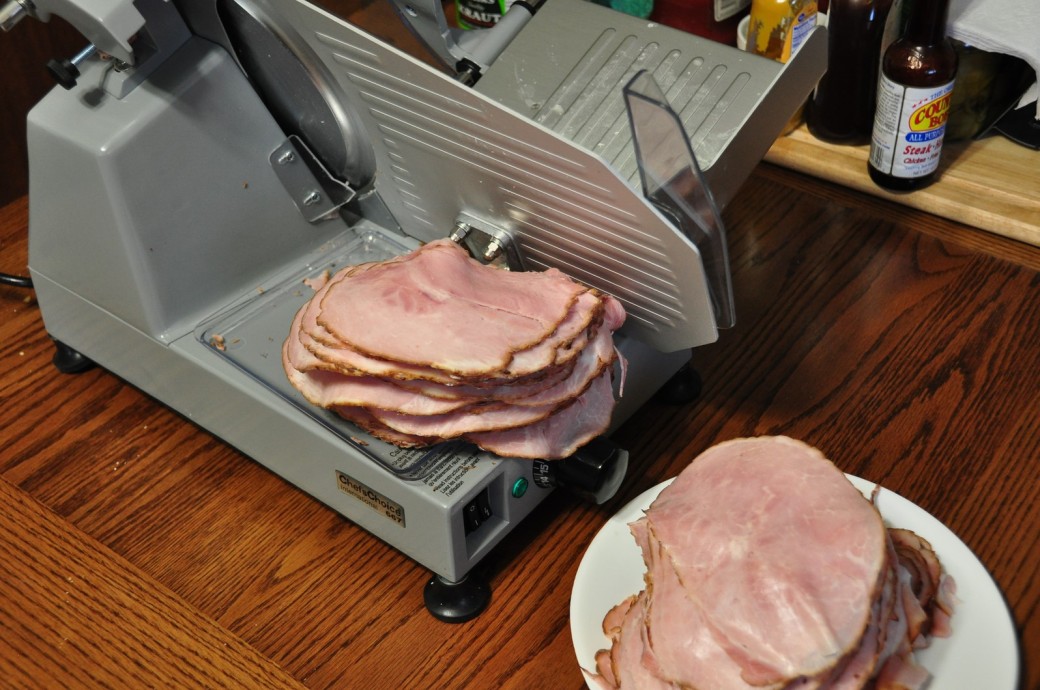 We bought one of the whole boneless hams that were on sale post Easter and that had me wishing my little Rival antique electric meat slicer wasn’t so feeble.  I had last used it trying to slice the prosciutto I bought a while back but it fled, whimpering in terror, after the first few slices.  Fortunately a pal brought his commercial grade slicer by and we zipped right through the prosciutto.

That old Globe machine is too heavy to move around much, we did the slicing on the tailgate of his truck.  We went with the Chef’s Choice 667 Model, it is not in the same league as the Global but it will do. (My pal uses it to slice his own homemade bacon.)

So far we’ve used it to slice a ham and a corned beef brisket and it seems competent enough for those things.