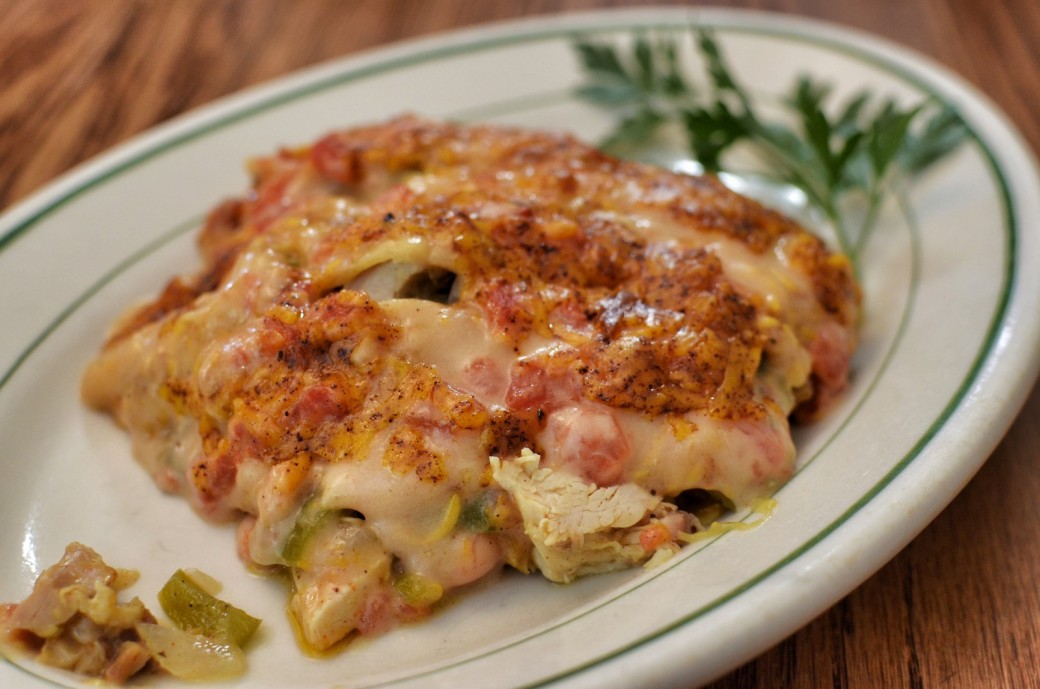 I’ve been seeing this dish around the web and it sounded good enough to give it a try.  There are scores of recipes for it but I’ve found the Allrecipes site is very good for placing reviews from real people who have modified the basic recipe to more suit their tastes and it’s worth your time to look at a few of them.  I followed the suggestions in the review that was rated the best positive review, the one that begins: “I grew up in Texas…” 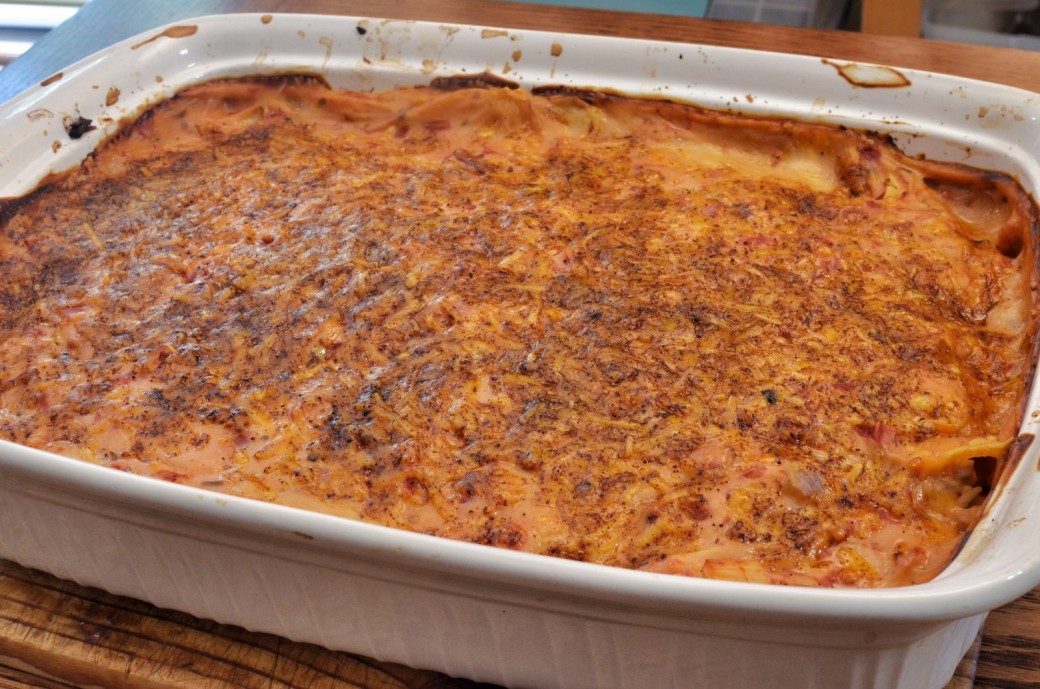 I didn’t have any bell peppers so I used a few of the green Anaheims from my patio garden.  The method of layering the ingredients and pouring the canned soups and tomato bits mixture over the top worked better than I was thinking it did when I pulled the casserole from the oven.  I was expecting the topping mixture to soak through more than it did, but I think it was the better for that. 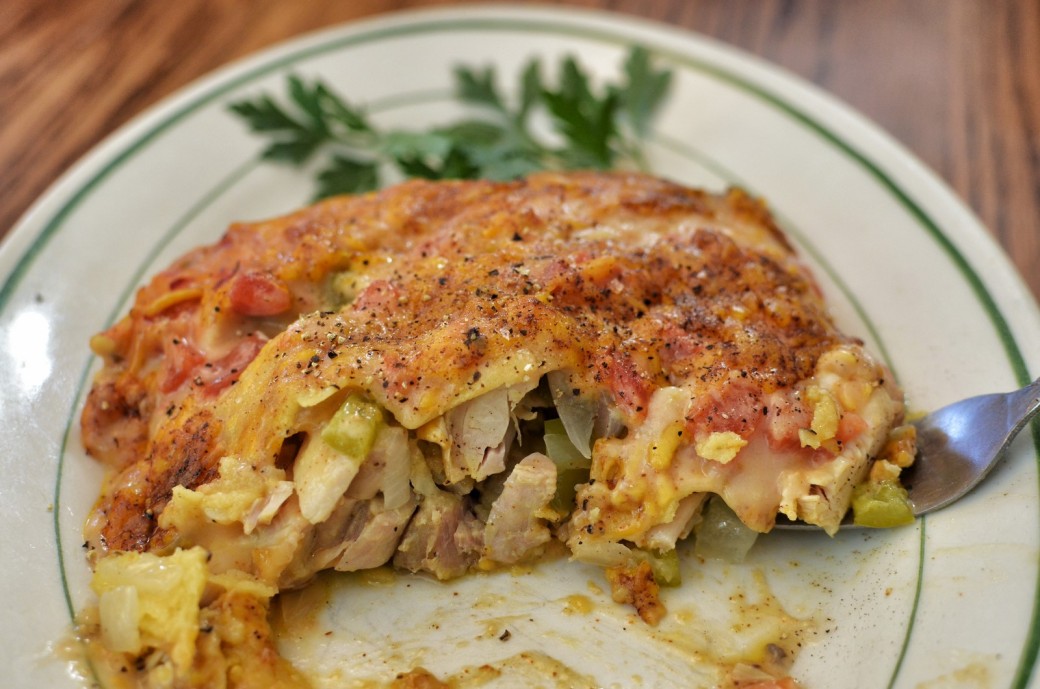 The veggies and chicken kept a lot of their own character rather than being a more homogeneous, undifferentiated, glop that would have been the result if the soup mix had been layered in as well.  I’d also note that the chili powder mixed in with the shredded cheddar added to the eye appeal.  I think adding different veggies to this same general recipe would be interesting.  I’m thinking beans or maybe corn.  Hominy?