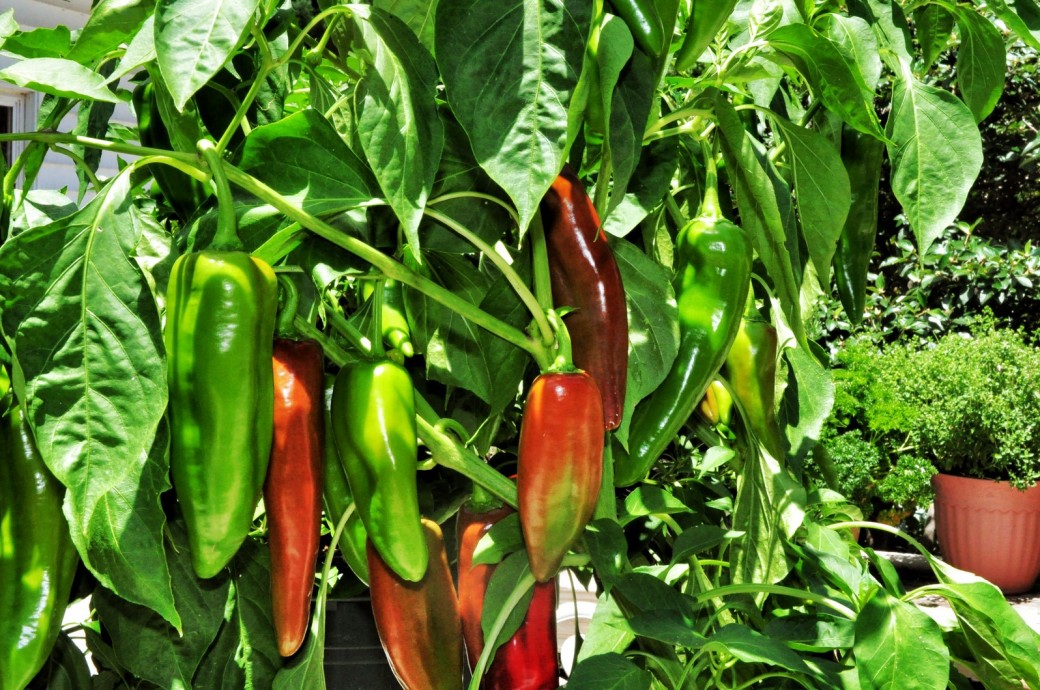 The Anaheim peppers are doing great out on the patio and I needed to do something with them.  They seemed big enough for stuffing and a search for a recipe turned up this one.  She used mozzarella but I thought Monterey jack would work.  The six minute parboil worked fine.  Grill chicken breasts and shred them for the stuffing mix, the cream cheese acts as a binder.  I didn’t have any green onions, should have chopped some chives but didn’t.

I wish I had shredded the chicken a little better but it worked out OK.  I had enough to stuff six peppers.  These went into a 375 oven and I looked at them after 15 minutes – there was just a hint of brown on an edge or two so I cranked the oven to 500 and kept a close watch, removing them after about 5 additional minutes. 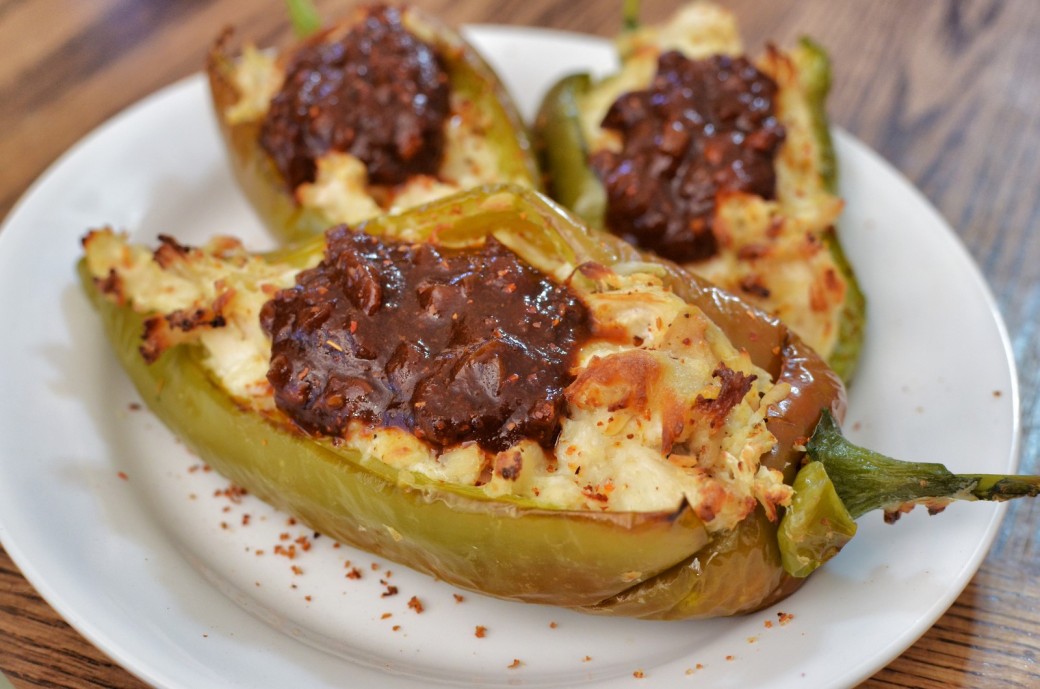 Her mole recipe would have been fine, I guess, but I know my ancho sauce recipe so I used it.  Simmer some dried ancho or similar chilies in a cup or two of water or broth and let them steep, then puree them with the liquid in a blender when they are cool.  I pushed mine through a sieve to remove any skin bits or seeds and poured it back into a saucepan.  In a skillet sweat half an onion with garlic, oregano, ground cumin, black pepper and salt then add to the chilies along with a splash of fresh lime juice and a tablespoon of tomato paste and simmer until thick.

I plated them atop a bed of Spanish rice along with refried beans, guacamole, and sour cream.

These were very good!

One thought on “Stuffed Anaheim Peppers”