The last buns I made didn’t turn out very well so I went looking for another recipe.  Google returned a recipe from the folks at King Arthur Flour that promised beautiful buns.  I’m not going to argue that they’re the bestest evah! but they are very good. 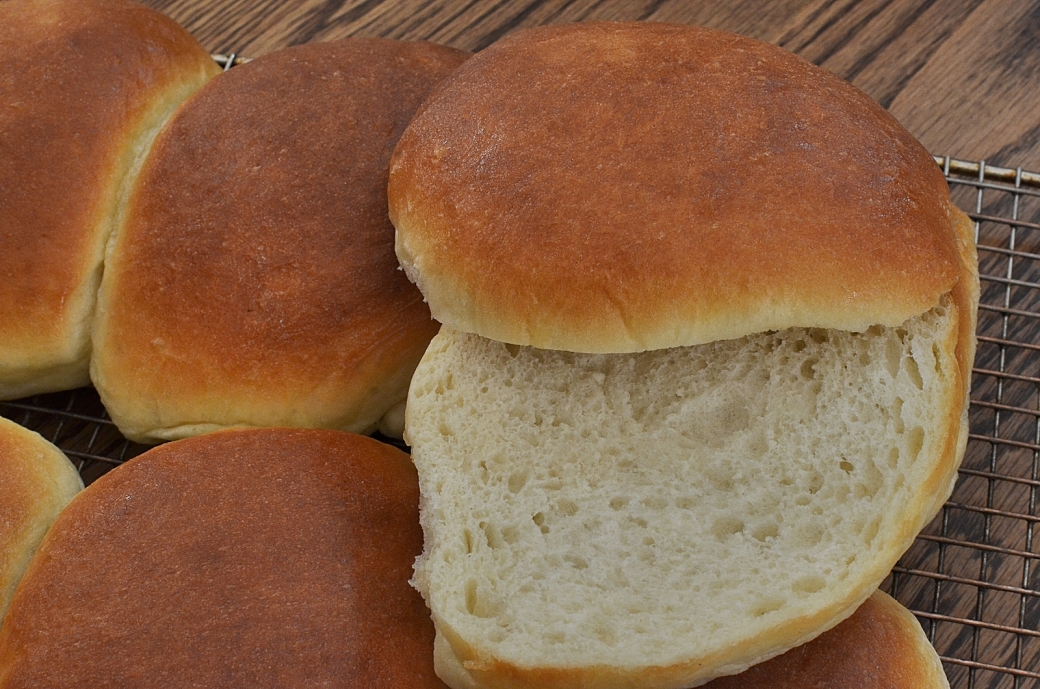 The recipe made 8 jumbo buns but could easily make 12 regular sized ones.  My oven is still running hot, these were in my oven, set for 375 degrees, for only 12 minutes or so.  I think if you go by the color you will be alright.  You’ll want to set a timer for half what you think is long enough so you can rotate the tray and that will give you a good idea of where you are.

I made cheeseburgers to give them a real world try out and they did very well.  If they had been officers in the Great War they would have been mentioned in dispatches. 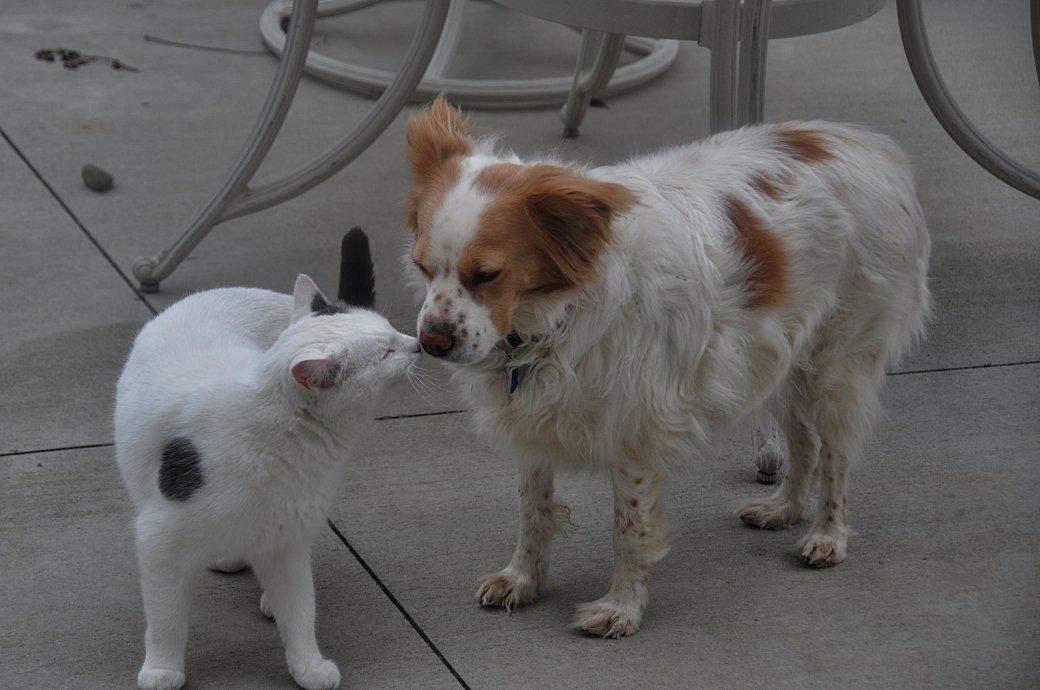 Bonus photo!  Homer wants very much to be a dog.  He gets along much better with the dogs than he does the other cats.