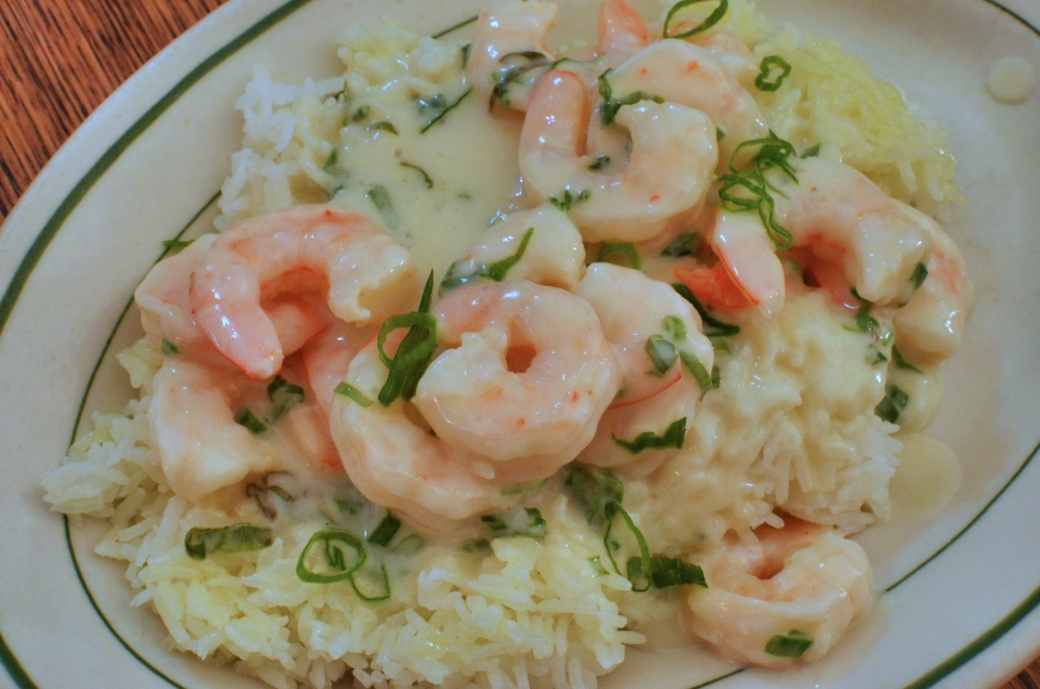 There was a variation of this at the Chinese buffet we frequent.  It was pretty tasty but I didn’t know what to call it and so asked the woman tending the counter.  She named it Coconut Shrimp.  I’ve seen the version of it that has battered shrimp coated with shredded coconut for deep frying but not this creamy version.  A search for “creamy coconut shrimp” found several recipes – after discarding several that mentioned mayonnaise I settled on this one.  I didn’t have amaretto and didn’t want to buy a bottle for the two tablespoons the recipe called for so I subbed in a little almond extract, adding a teaspoon to the coconut sauce mixture.  In another departure I used cooked shrimp instead of raw.  These two things were bad calls in retrospect.  The dish really needed that bit a caramelization from cooking in the amaretto.  That said, it was still an enjoyable meal.

One thought on “Creamy Coconut Shrimp”