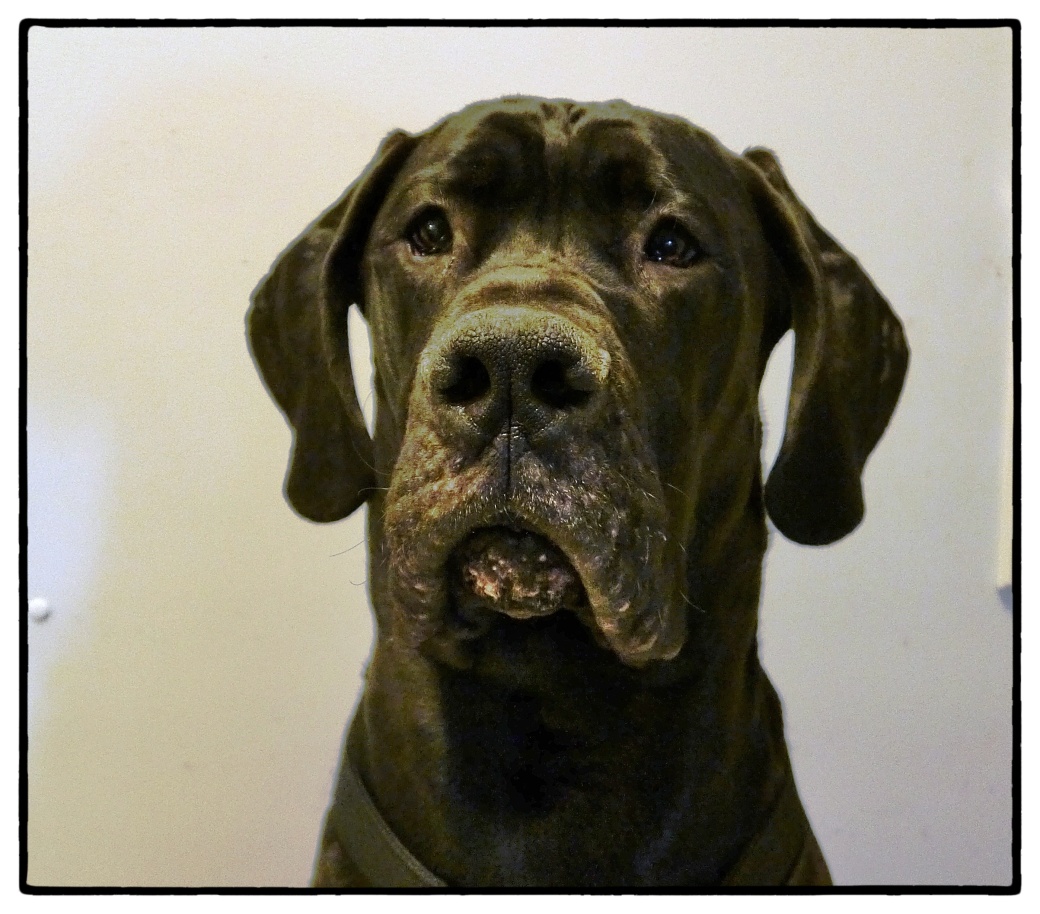 A year ago, I woke up to a text message saying the puppies were arriving. I was so excited because I had waited so long for a puppy (several years). A few weeks later, the first photos arrived.

I had no idea how much my life was going to be ruled by this bundle of attitude and energy. 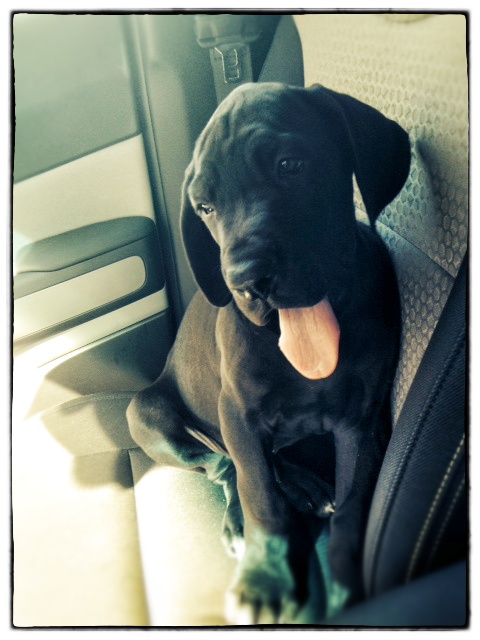 It was love at first sight.

He grew like a weed. We’d go to sleep, wake up and he was bigger.

We began to call him the silly putty puppy because parts of him would grow and then the rest of him would catch up. Like his ears.

And the paws. They just kept growing.

He’s still growing. The photo below was several months ago and now he towers over me. (Indeed, he loves looking down on me.)

He is my clown, my heart and my aggravation. In other words, he’s a Great Dane puppy.

For all his photos over the year, click on this link.

Meanwhile, today, I baked him more of the doggy biscuits. He loves them and will do almost anything I ask if I have one in my hand. He couldn’t understand what was taking so long.

He is recovering nicely from his “procedure”  – we are starting our walks again. He was on 14 day restriction because, well, big dog, big, you know. Funny thing at the vet’s office that day.

When I went to pick him up, I took his best bud LFern, because I thought it might help the groggy boy on the trip home. Well, he saw her and couldn’t get enough scritches. Then when I called him over, thinking he’d be so glad to see me, he backed away to the vet tech and just glared at me. Yup, he was willing to stay at the vet’s, where they obviously spoiled him before and after surgery, then go home with the turncoat who left him there. Luckily LFern was enough of a draw to coax him out.

Today he surprised me, because he started “talking” like Danes tend to do. He hadn’t been doing it, I think he just found his voice. I was working at my desk and he was laying on the floor having an entire conversation with Emma who was sitting above him on the couch. She seemed very interested in what he had to say. She’d never admit it, but she really likes him.

I’ll have more of an update on the Beast later this week and maybe some outdoor shots. We tried today, but the heavens opened up and the rain hasn’t let up.  – TaMara 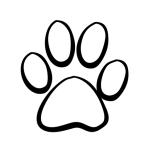