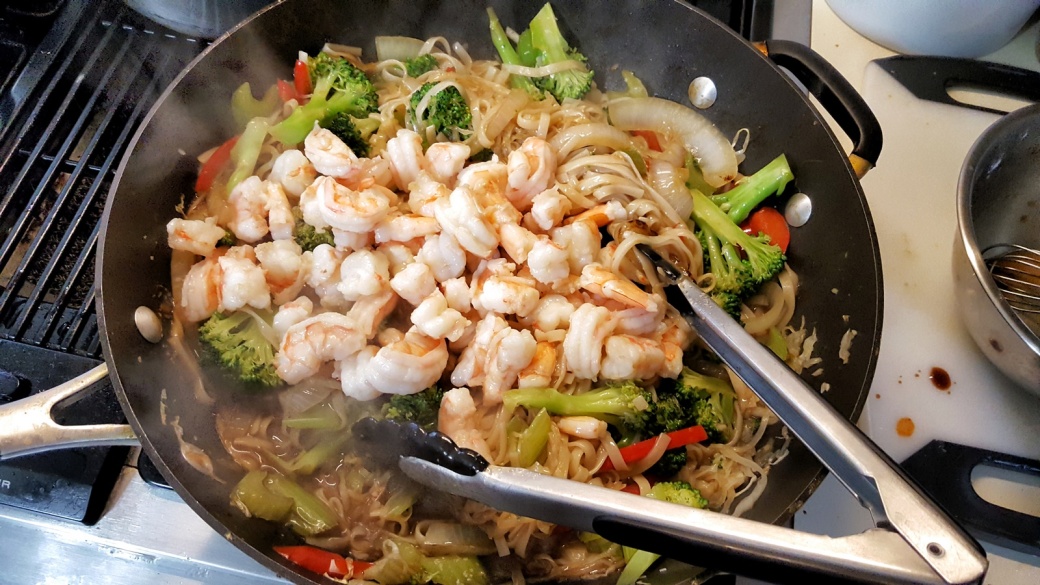 The Allrecipes site is one of the better places for recipes and that’s where I found this one.  Nearly any fresh veggie will work in this – I had onions, broccoli, celery, cabbage, and a red bell pepper.  I used their sauce recipe with the addition of a tablespoon of sweet soy sauce. 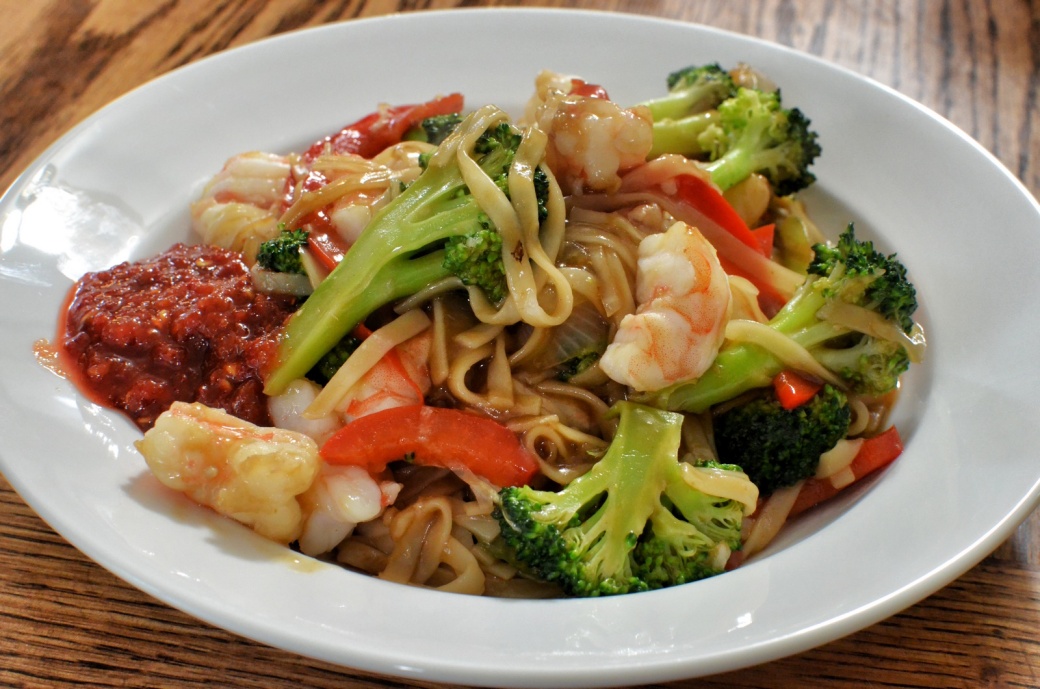 Nearly any pasta, too, will work.  I browsed the pictures people sent in and there were a couple of them that had used pasta shells although I’m not sure that one could be properly called lo mein.  The recipe’s author used angel hair pasta, I used noodles bought at the Asian foods store, they are wheat noodles, thin and flat rather than round.