I haven’t dyed eggs in years… but like many, I seem to have a lot of time on hands. So I’ve been doing quite a bit cookings. I’ll probably have a blizzard of posts this weekend.

I’m overrun with duck eggs, and I boiled up a dozen in the multi-pot/instant pot last week, but as you can see, still overrun. Three ducks, two to three eggs a day adds up quickly. So I decided to dye some.

One of these eggs is not like the other. They are left to right: chicken egg, Maddie & Penelope eggs, Mabel egg

Every once in a while, one of the ducks, Mabel especially, will produce an odd egg.  Rouens are not great egg layers, she averages one egg every three to four days, and often they are malformed. But this one was extra unusual.  Normal inside, but with an extra, malformed shell alongside the yolk. 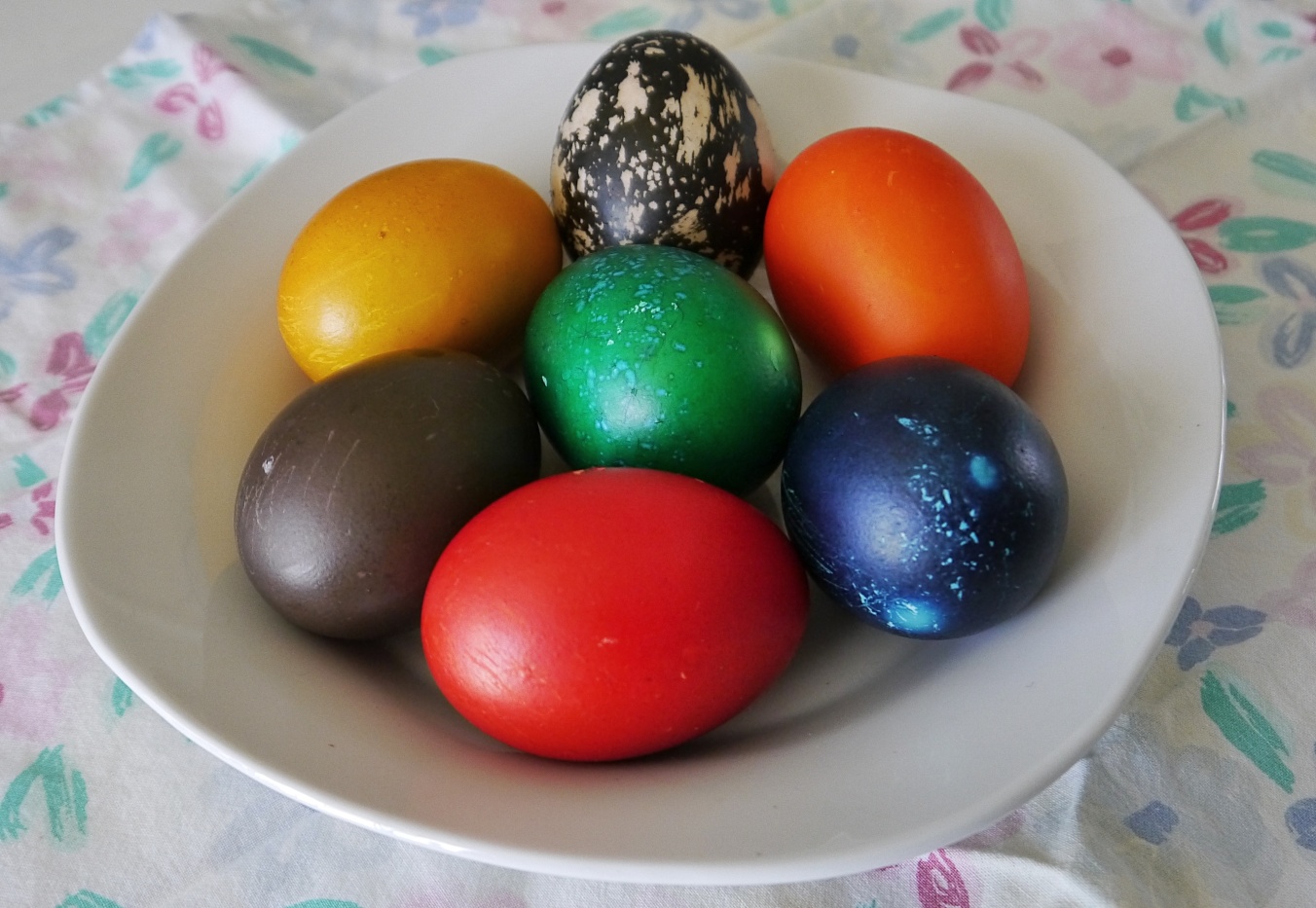 Fun thing about duck eggs, they are very porous and have a rough surface, so they take color really well. The speckled one is purple dye that I wiped off after it was almost dry. The dye stuck to the raised portions and wiped away on the smoother, recessed areas.

I am now making cinnamon rolls and JeffreyW’s awesome buns. Pictures later. Until then…