While the potatoes were boiling I started the bacon and added the onions.  They are starting to sweat but you need to get some nice color on them so don’t quit too early.  I opened a bottle of white wine to deglaze the pan but I’m sure a splash of stock would work.  Maybe a mix of that Better Than Bouillon roasted garlic and water?  Yum!

After rummaging around in the fridge I found some Parmesan, and blocks of white and yellow cheddar for the sauce – made with sodium citrate dissolved in heavy cream for that smooth texture.  I topped mine with buttered panko and baked it at 350. 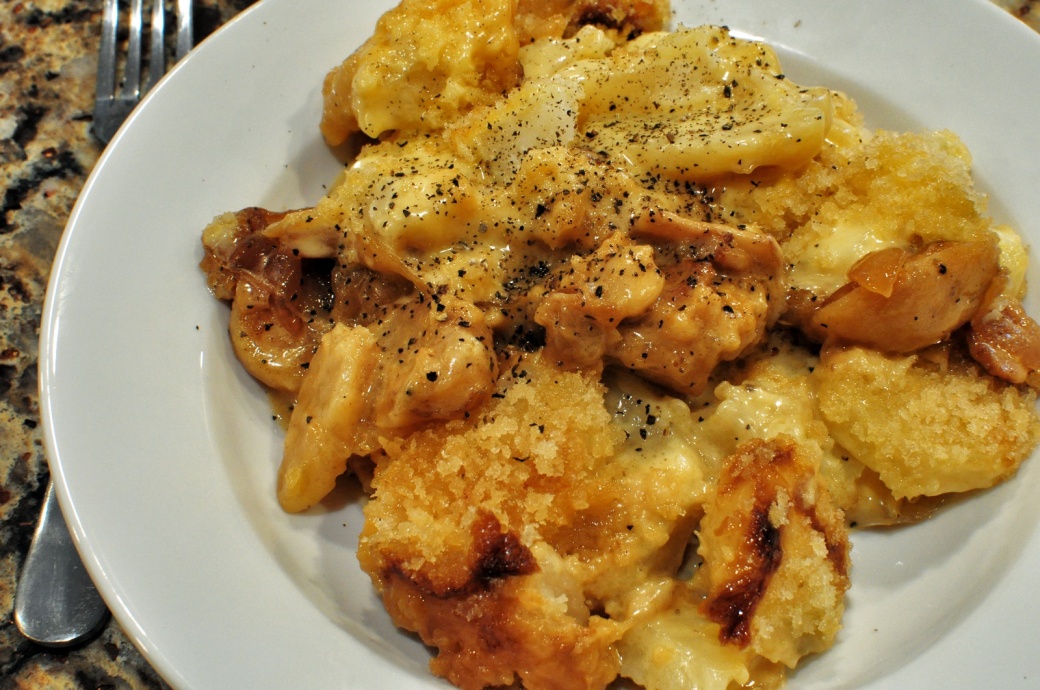 It turned out very well.  Don’t shy away from the salt – potatoes take a ton of it.  Taste often and season as you go.

One thought on “Make That …”