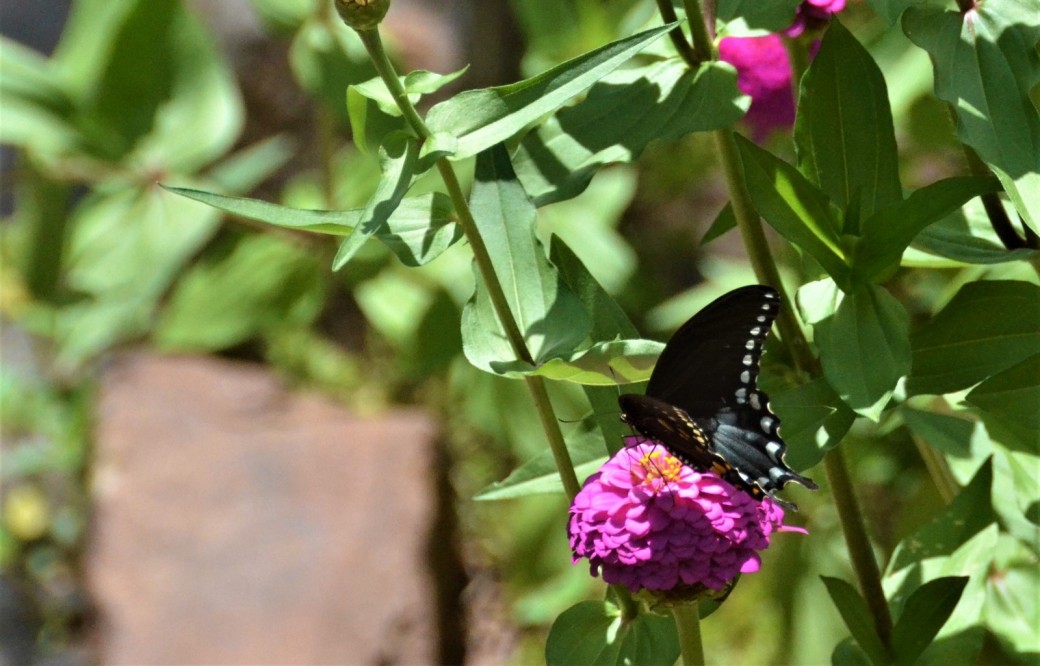 I went out to the garden hoping to catch some butterflies with the Sony camera.  It has a zoom lens but it’s a short range affair.  Sony tacks on a digital zoom at the end of the optical range but the camera switches over to an area focus that is less than optimal for butterfly hunting. 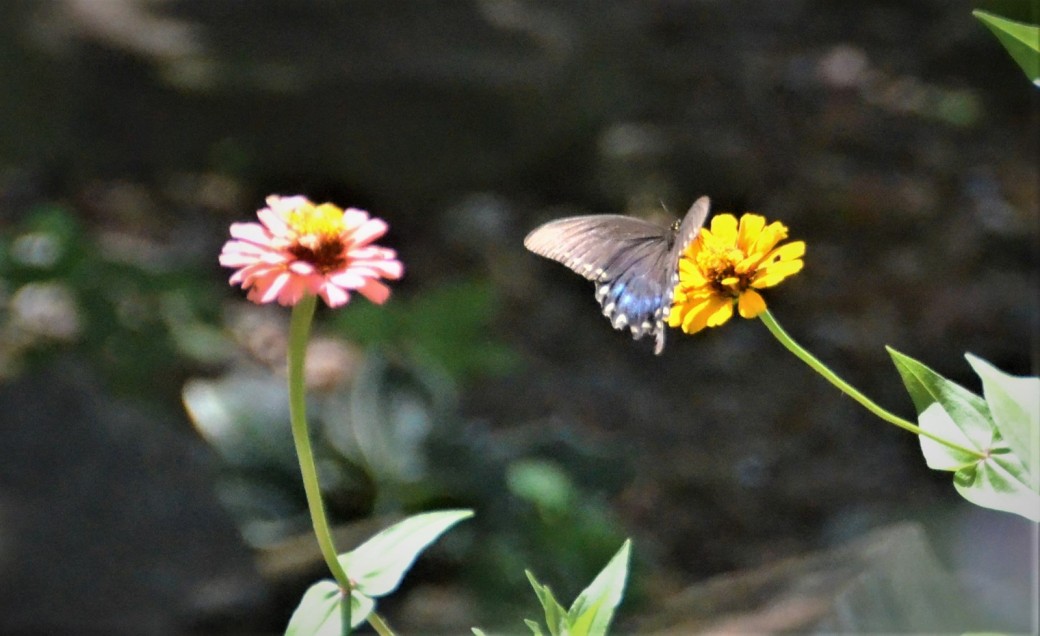 Here’s a swallowtail at the extreme end of the zoom.  The photo has been cropped a lot and is not in good focus although an argument could be made that it is “artistic”. 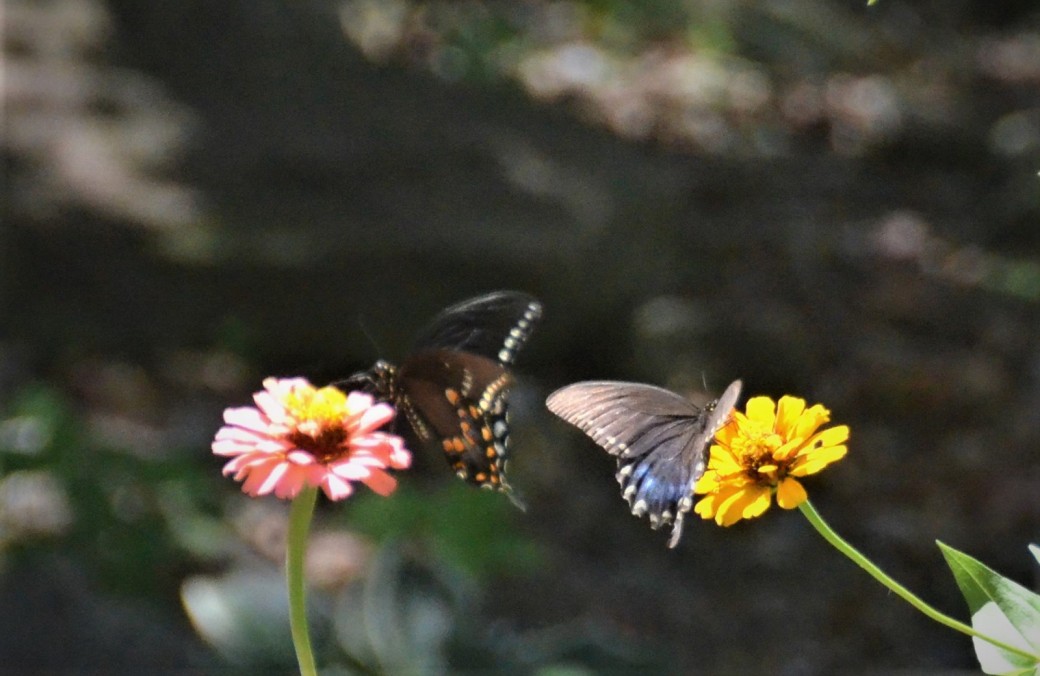 A moment later and another butterfly landed on the next zinnia over.  Happy chance that it lit so the outer wing was visible, contrasted with the inner markings on the first. 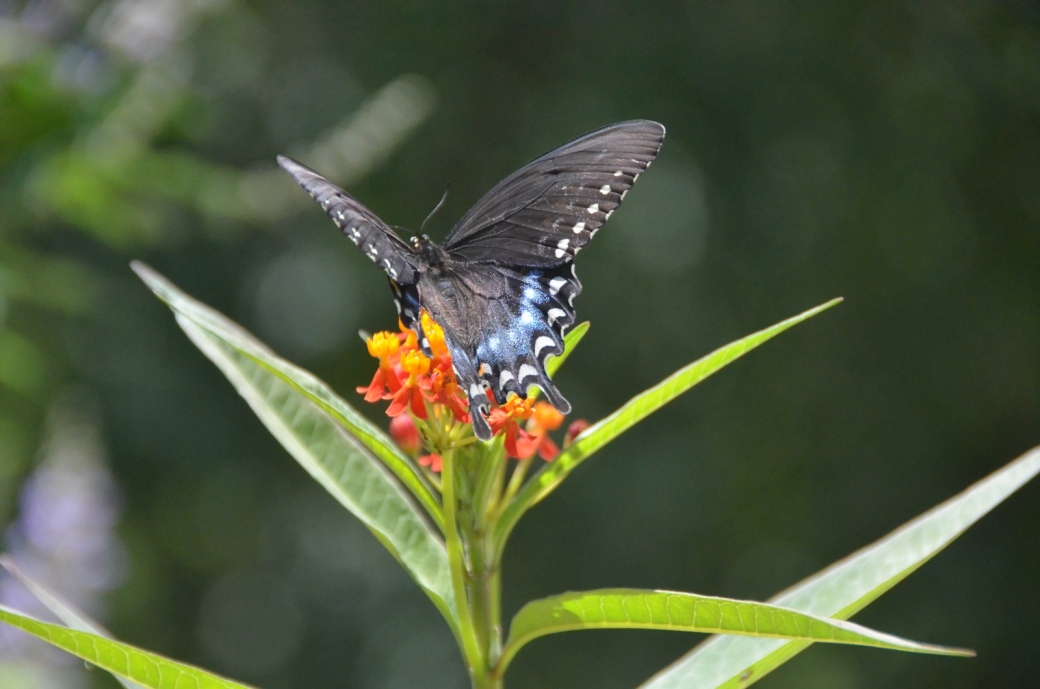