Someone told me about Everything Bagel Ice Cream and my only response was, “now I want bagels.” The ice cream, not so much. 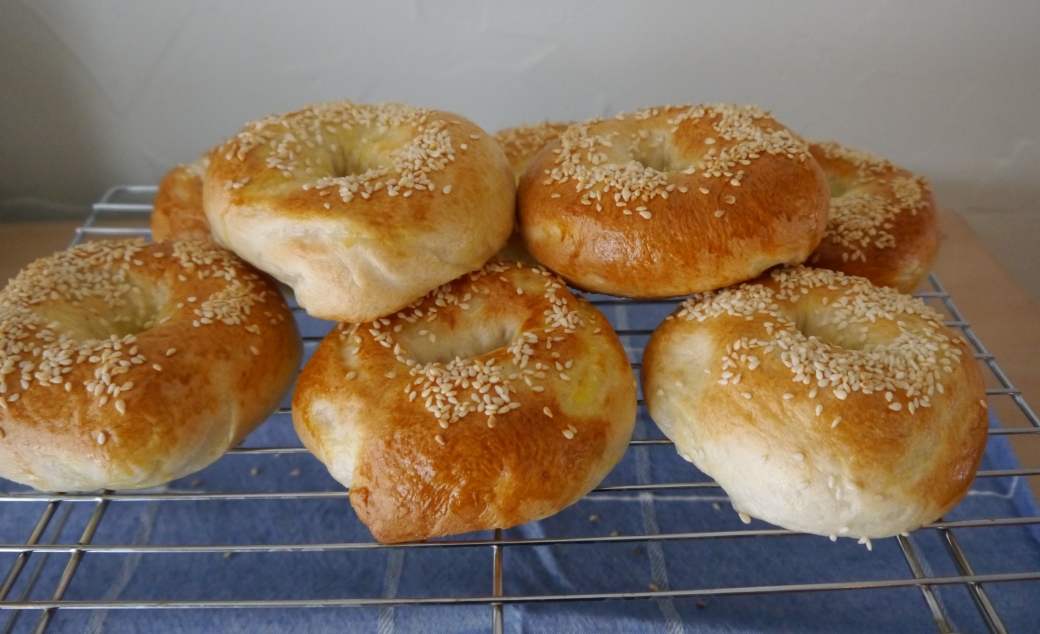 So I made another batch of bagels and I think I’m getting the hang of it. Crispy, chewy crust, and nicely textured inside.

So simple.  I’m using this recipe.  It’s not complicated and fairly foolproof. I made a full batch this time, so half are in the freezer. They toast up very nicely when thawed.

I don’t know if I shared the first chapter of the newest book yet, but Chapter Two of the Duxbridge Mysteries: A Recipe for Murder is up.

Maggie Stellino was sitting at the counter, sipping coffee and watching Juliet LaChapelle – Jules to her friends – package up a to-go coffee and muffin and hand it to a customer. A blue scarf kept Jules’ short bob of blond hair in place, a whimsical duck clip securing it, a nod to the improbably named café: THE DUCK. She was owner, chef, baker and hostess, and most mornings, business lined up out the door.

“Thank you, Don, have a great day!” Jules said as the middle-aged man in a Red Sox cap took the coffee and bagged muffin from her.

“You, too, Juliet. See you tomorrow,” he replied. He opened the door, and the little bell above jingled. He held it open for a smartly dressed woman and went on his way, sipping his coffee as he walked down the sidewalk.

Maggie began to jot a few notes into a spiral notebook as she scanned the recipe cards in front of her. These were some of Jules’ favorite lunchtime recipes. Maggie’s job was to take them and scale them down from restaurant servings to family meal proportions. Next, she would test them several times and pare down the best for her latest cookbook.

She loved working here in the early morning, arriving not long after Jules, writing quietly at the counter while Jules and her assistant Carl, prepped for the day. Maggie would pour herself the first cup of coffee from the first pot of the day and take her favorite seat in the predawn hours. Soon wonderful smells would drift from the amazing kitchen behind the bakery counter. Soups and breads competed with cookies and muffins for best café smell. And as the sun rose and the doors opened, all manner of people from Duxbridge flowed throw the doors.

It was such a better atmosphere for working than her tiny converted gatehouse, with its efficient, but equally tiny kitchen, behind her Aunt’s house. This would be Maggie’s third cookbook, this one featuring comfort foods for busy families.

Maggie wondered if Jules would let her do the recipe photoshoot here. The light in the café was stunning. The sun streamed in through the floor to ceiling front windows, adorned with cabin checked tiered curtains on the bottom, and The Duck logo painted on the glass above. The dark wood wainscoting paired with paint the color of butter and an assortment of wood tables and chairs gave the entire restaurant a pleasant, homey feeling.

The long eat-at counter and tall bakery case sat along the back wall, which was lined with shelves filled with knick-knacks, photos, and gifts from customers who felt like family. Behind the bakery case, through double swinging doors, was the restaurant kitchen. Stainless steel counters and industrial appliances surrounded an ancient butcher block island, used for rolling out pastries and breads.

A side door near the eat-at counter led to a small patio. Walled on three sides by flowering vines on lattice, lilac and forsythia bushes, it was a peaceful spot to enjoy a mug of coffee. As the weather warmed up, Jules added planters filled with annuals. It was a terrific spot for people watching over the lunch hour. Maggie had spent many an hour there during the warmer months, editing and re-editing her cookbooks.

The bell over the door chimed as a customer entered.

“Kia ora, Maggie,” a tall, dark-haired man, dressed in a denim jacket over a black tee and jeans greeted Maggie with a thick New Zealand accent. Her heart involuntarily skipped a beat. His gold-rimmed brown eyes captured her, and his smile lit up the room.  there’s more – continue reading….

The first book in the Duxbridge Mysteries series will be available this spring.  Duxbridge are Cozy Mysteries that take place in the small New England town of Duxbridge, MA. A town filled with a quirky population with lots of secrets.

Maggie Stellino is a cookbook author who finds herself a suspect in the murder of a local celebrity. Recipes from What’s 4 Dinner Solutions will be featured throughout the books. 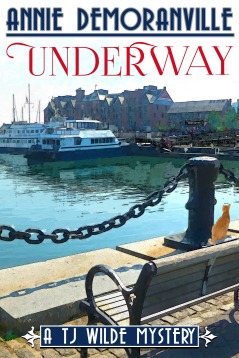 While you wait for the first book in the Duxbridge series, the first two books of the TJ WIlde series are available here. And you can read excerpts here.  Book three is on its way. Just waiting for pandemic travel bans to be lifted so I can do some research for it.

2 thoughts on “Bagels and Books”