I’m not sure what I did to get such a good puppy. She’s sweet as can be and with exception of a few puppy issues – face nipping, duck chasing and potty training – she’s been a dream.  And so smart – the face nipping stopped after letting her know it was unacceptable – and the other two she makes great progress each time I intervene. She’s really been potty trained since the first week, but in the evenings, we are getting a few accidents. It could be overtired, I’m missing cues, or just not wanting to go out in the dark.

I think once I get her to understand ringing the bell on the doors, that issue will resolve pretty quickly. 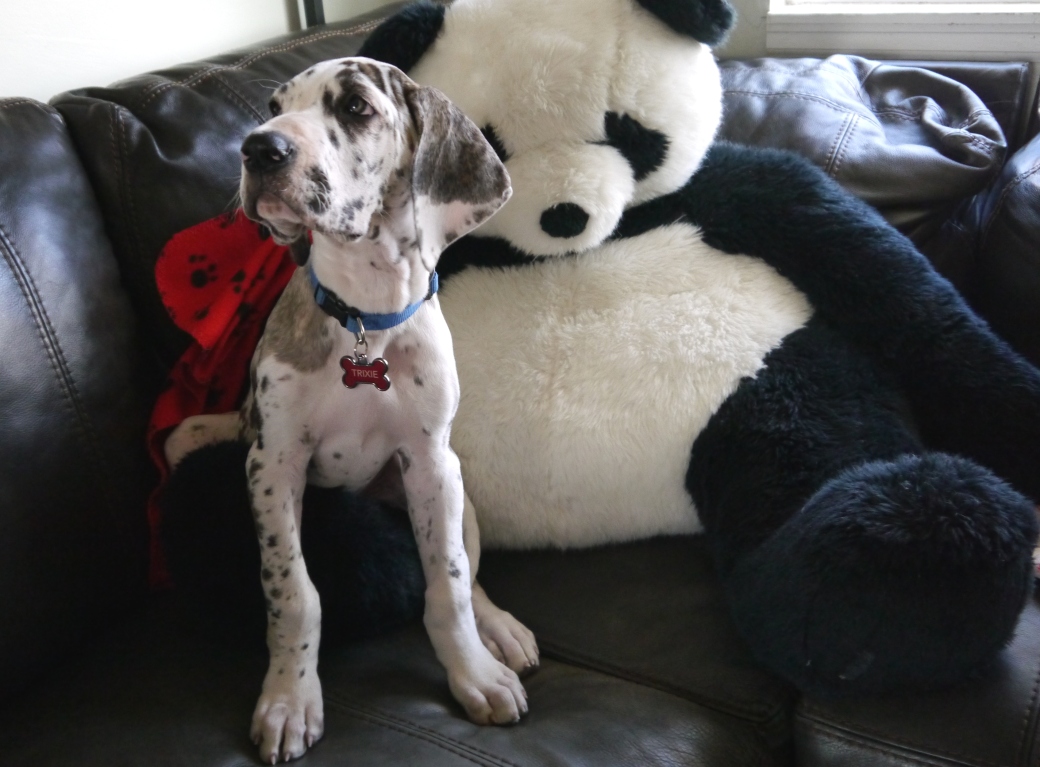 She always looks so serious in photos – I think it’s the black-rimmed eyes. She’s really not that serious. Mostly she’s bouncing around like Tigger, looking for someone to play with her.

She has decided that she must go to bed when Scout goes to bed*, which works out great for me. Some peace and quiet while I wind down my evening.

I’ll try and get a photo of her in her little sweater that she wears on the super cold mornings. We thought when we bought it earlier in the month she wouldn’t be wearing it until January-ish – but she outgrew her (and Scout’s) cute hoodie over the holiday and now in her new one. No worries, $2 at the thrift store. Toddler size 3, LOL

*Scout has a strict 10 pm bedtime that she slowly adapted to my schedule after Bixby died – staying up with me until very late, giving me the eye and heavy sighs as the night dragged on. Now that Trixie is here, she feels comfortable going to bed at her regular time.