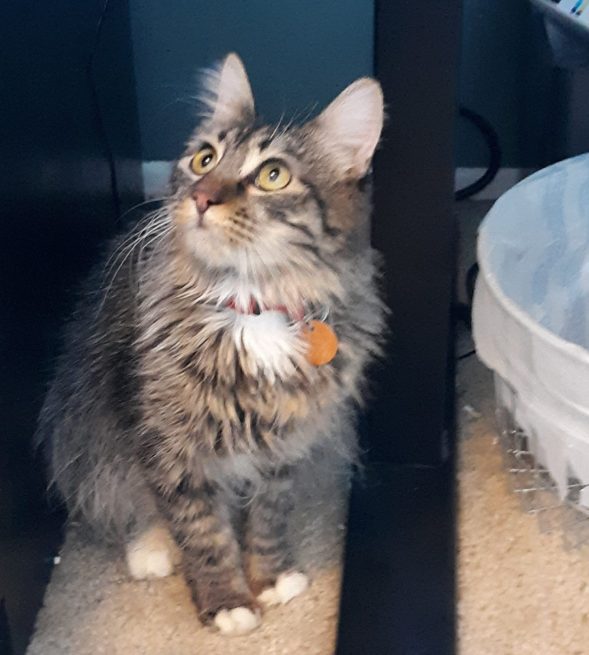 She’s about 6-7 months old, which completely goes against my “oldest/longest kitty in the shelter” rule. After fostering a mama (Missy) and her five 1-day old kittens (Jake!) I swore off kittens forever.

But this girl picked me, so who am I to refuse?

Once it’s determined my new additions are healthy, it’s difficult to keep them separated. Zander found a way to sneak out the second day. Gabe barely lasted a day before he was out, sleeping on Bixby. Sully lasted 3 days and was glued to my lap after that, and this little one insisted on meeting everyone by the morning of her third day here and hasn’t looked back.

She thinks the dogs are just big friends. And has been known to walk over them on the couch. She follows Zander around like a little sister. He was a little annoyed at first but now seems to take great pride in it. 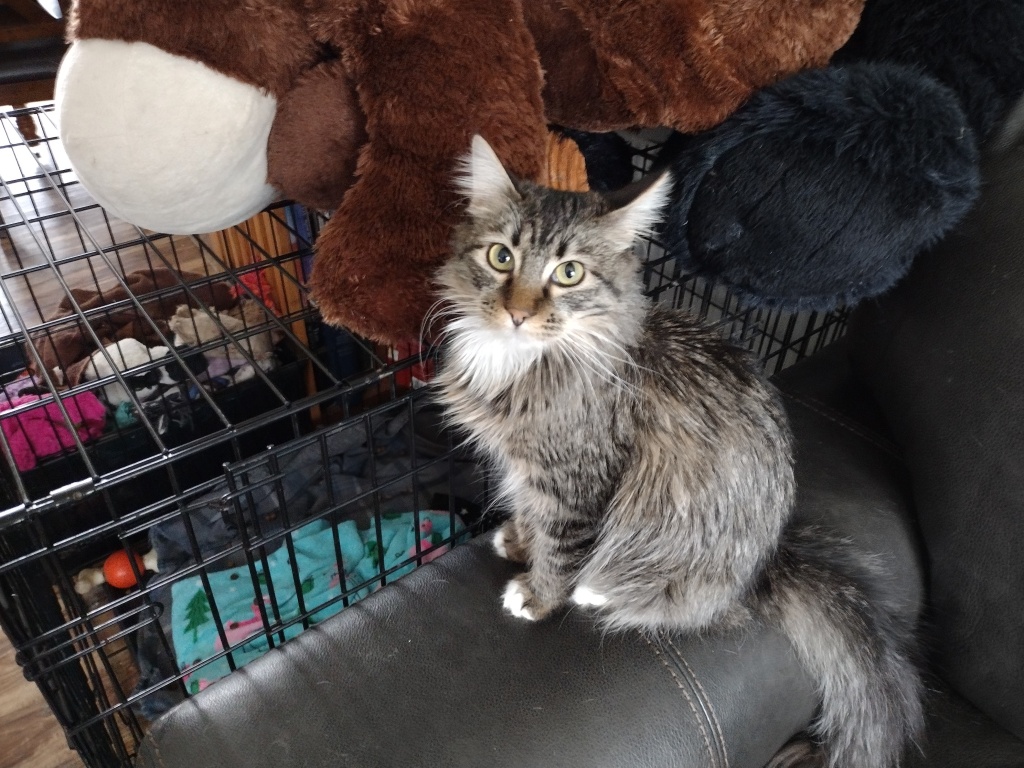 I got him a new bed to make up for it. He appears to be appeased.

She has been claiming the couch…much to Scout’s annoyance. 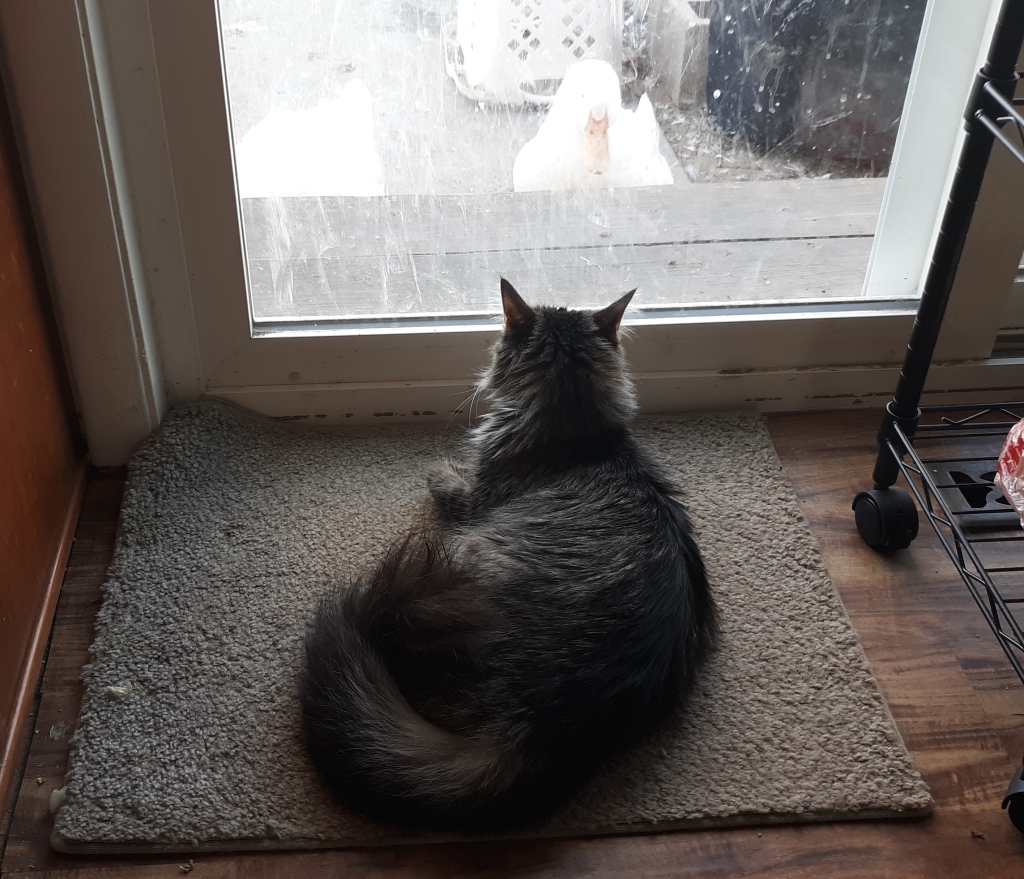 The ducks fascinate her (and please forgive the drool covered window, you can imagine how difficult it is to keep up with cleaning it off).

She and Trixie had a nice game of hide (in the box) and seek the other night.

I had forgotten how much more work it is to train a kitten! And they are kind of stinky, LOL. Today, after I took her off the table for the third time (in a row) she sat at my feet and mewed pitifully, so I picked her up and snuggled her for a while. I’d say her training of me is coming along just fine.

She’s just what this house needed.