So special to be in Boston for the big win…

What series. The Houston Astros were amazing, fought all the way.  So excited for my BOSOX!

JeffreyW posted his photo of cast iron baked beans a while back and all I could think was, “great idea, why haven’t I tried that?” I debated between posting about cast iron recipes or baked beans. With Memorial Day coming up fast, it seemed like a good time to bring back a bunch of baked bean recipes.

There was no real cooking in my kitchen this week, I’m uninspired while I house hunt. Luckily, I keep a lot of frozen meals, marinated meats and sauces in my freezer. I double batch much of what I cook and freeze for later. Boil up some fresh pasta or rice and I’ve got a quick meal. But I did get to a Bixby update for the pet lovers, he’s relaxin’ and chillin’ for your amusement here.

On to the recipes:

I like linking to JeffreyW’s recipes (rather than embedding them in the post) because he writes a narrative of the process instead of simply listing the recipe and often includes a batch of photos to illustrate. His Cast Iron Baked Beans recipe (click here) is no exception. It would silly to abridge it here.

I had these baked beans at a cookout and absolutely needed the recipe. Turns out it is just a few ingredients that spices up a simple can of baked beans and adds a touch of sweet, too.  Nita’s Baked Beans, recipe here.

If baked beans aren’t your thing, how about Butter Beans and Greens (recipe here), since in many backyard gardens, the collards, mustard greens and spinach should be ready for spring harvest.

What’s on your plate this weekend? Do you have a dish that everyone asks for the recipe when you take it to gatherings? And do you give it out? Have any dishes you had to have the recipe after tasting it at a cookout or potluck?

The featured recipe tonight is savory, sweet. smoky and oven baked. Who knew molasses could be so good? 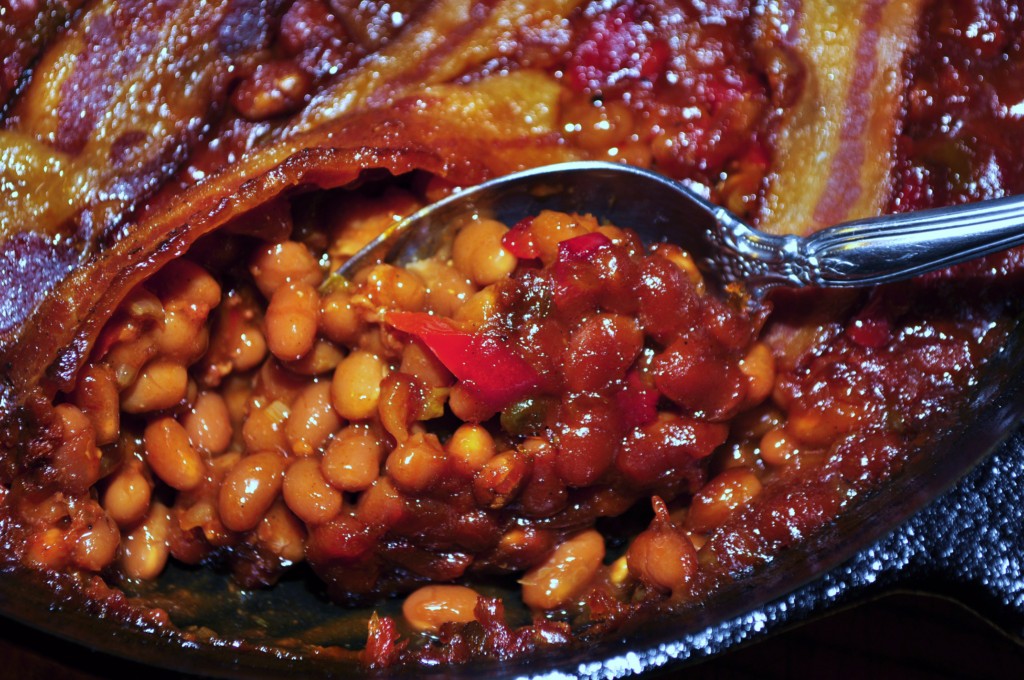 And if you want a true New England experience, add some Brown Bread, recipe here. Brown bread was a childhood treat that I didn’t realized until later was unique to New England (at least at that time). My mom would fry it up in a skillet, served with lots of butter, maple syrup and baked beans.

This serves 8, but you can easily double it for large gatherings. The slow cooking, white beans and molasses are what give these baked beans their signature flavor.

Soak the beans overnight, drain, and rinse them. (Here at high altitude, soaking doesn’t do much, so I pressure cook them for 20 minutes instead, then let them soak for an hour)

Drain and rinse the beans.

Put the beans in a large, ovenproof pot.. Add the onions, brown sugar, molasses, tomato paste, mustard, and bacon. Add water, salt, and pepper. Return the beans to a boil. Cover the pan and transfer to the oven.

Cook the beans for 4 hours, checking them every hour to see if the pan seems dry. Add more water as needed, ½ cup at a time.

Add more salt and pepper, if you like, and let the beans sit for 15 minutes before serving.

Note: To reheat leftovers, add more water and cook over low heat, stirring often, for 10 minutes or until hot.

Missing the full dinner menus and shopping lists? If you click here, it will take you to all the ones I have posted. That’s it for this week. Have a great weekend. – TaMara

I come from a line of strong women and my Aunt Sally was the strongest woman I’ve ever known.  There was nothing I ran across in my life that I didn’t think Aunt Sally could kick its butt. I don’t think she ever knew how much I tried to emulate that. She helped teach me to be fearless.

Even when she was diagnosed with cancer a while back, the way she handled it was no different. She went on a family crusade to make sure her daughters, sister and nieces had all the information they might need in the future to minimize our risks. Nothing unusual for her, she always took care of everyone. And she did it all with a wicked sense of humor and the Rullo family sense of story. I could sit and listen to her tell stories all day.

Today she left us and I truly believe she did it her own way, she fought the good fight and kicked our asses until the last. She will be missed. Keep my dad and Sally’s family in your thoughts and prayers, it’s been a rough few years for all of them.

I feel lucky to have had my trip planned to Boston in time to spend a day with her, to reminisce, joke around and look through family photos.

I love the photo above. Her daughter, my cousin Carol, sent it to me after we spent the day looking at family photos. She really wanted me to see it and we couldn’t find it. I’m so glad she found it and sent it to me.  This one below is my other favorite:

There’s a whole family to greet her now and I hope they’re having a hell of a reunion tonight. Miss you all.

Spent today hanging out in Boston. There are a couple of cool things going on. One is Play Me, I’m Yours, an art installation of pianos around the city that you can can play.  The other is the Cool Globes, Hot Ideas, painted globes at Tremont Street to raise awareness about climate change. More information on both projects when you click on the links. Meanwhile, click photos to start the slideshow: 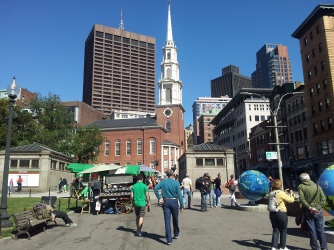 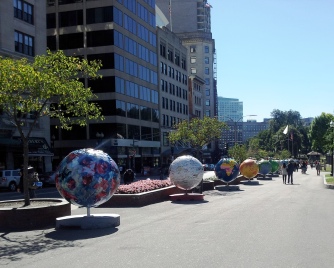 Everyone gets to play at Quincy Market

First of all, you guys rock! I awoke this morning to a full inbox. Thanks so much for the kind words, everyone should have their day start out that way.

As promised, here is an opening day menu to bring the ballpark to your house. I tried to be as authentic as I could with each dog. Personally, I would grill any of mine, authentic or not. I was lucky enough to have my friends spoil me with authentic Fenway Franks (grilled) and buns while I was back east. They were as good as I remember them. My all time favorite though is the Italian Sausage with grilled peppers. Here in Colorado you can’t swing a metaphorical cat without hitting a brewery (even our Governor is a former brew master), so we have plenty of great choices for a cold brew. Okay, PLAY BALL!!

On the board today:

Vinegar & Salt chips (if you can find them, Cape Cod chips are excellent)

Raw Vegetable Tray (hey it can’t all be junk food)

The closest I can find to these are to use Ball Park Brand Franks. The secret to these tasty franks is to bring the water to a boil, then add the franks and let them cook until just heated through. If you can find them, authentic Fenway franks are served in white bread sliced rolls (these look like two bun size slices of white bread, joined together at the bottom and sliced open at the top). If not, regular buns will do. Mustard only, please …though I like them plain.

Follow in the instructions above and add hot chili and shredded cheddar.

Follow the instructions for Fenway Franks and add sauerkraut.

Split your dog lengthwise, but not all the way through. Flatten on hot grill, keep the rack far from the flame, don’t let them burn, flip and grill the other side. Brush rolls with melted butter and a touch of garlic, toast on the grill. Bring bun & dog together, top with relish or spicy brown mustard.

Get a can or bottle of your favorite beer, take your dogs and use a fork to poke holes around the dogs. In a large, shallow bowl, add dogs & beer and let soak 30 minutes. Now, this is a two-step process for authentic dogs, but if you want, you can skip the boiling part. Bring water to a boil, drop dogs in for 3 to 5 minutes, remove and immediately pop onto a hot grill and grill all sides. Serve in warm rolls, top with spicy beer mustard or relish.

Spicy Italian sausage or bratwurst grilled or pan-fried. These are thick, so make sure you cook them long enough to cook completely through (follow pkg. directions) Slice a green pepper in rings and sauté in butter & olive oil. Toast regular hot dog bun in skillet or on grill, add sausage and top with peppers.

In a double-boiler (or a saucepan with a Pyrex or metal bowl place on top), add water to the bottom and melt chocolate & butter. Dip top of cones into melted chocolate, then dip immediately into sprinkles. Let cool completely, scoop in ice cream and top with remaining sprinkles

So far the weather has taken my request seriously and been very sunny and tolerable since I’ve been in the Boston area.  No wet, gloomy New England weather for this girl.  Had enough of that when I lived out here.  Get to drive down toward the Cape to family today, so grateful for the sun and clear roads.

smothered in mushrooms and caramelized onions.  He used crushed french fried onions which I thought was inspired, to bread them.

I decided what we needed to go with that were some scalloped potatoes.  So I set about finding a recipe and then kicking it up a bit, because, well let’s face it the original was pretty boring.  Here’s what I came up with:

Simmer milk and butter in the saucepan.  Add potatoes, salt, pepper and garlic.  Cover and let simmer on med-low until potatoes are barely fork-tender, about 20 minutes. Using a ladle, ladle 1/3 of the potato mixture into the baking dish, then layer 1/3 of the onions and 1/3 of the cheese, continue to layer, finishing with cheese and onions on the top.  Bake on a baking sheet at 400 degrees for 30 to 40 minutes until top is browned and bubbly. Remove and let sit for 5 minutes before serving. 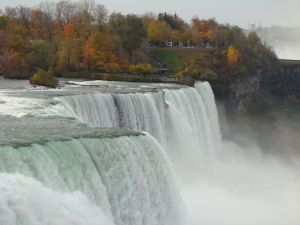 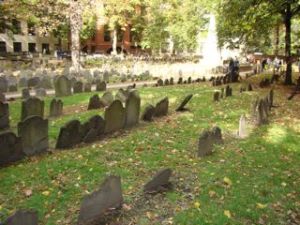 Niagara Falls, US side

Finally got everything together to upload pics.  Here are a few of Niagra Falls and various sites in Boston.