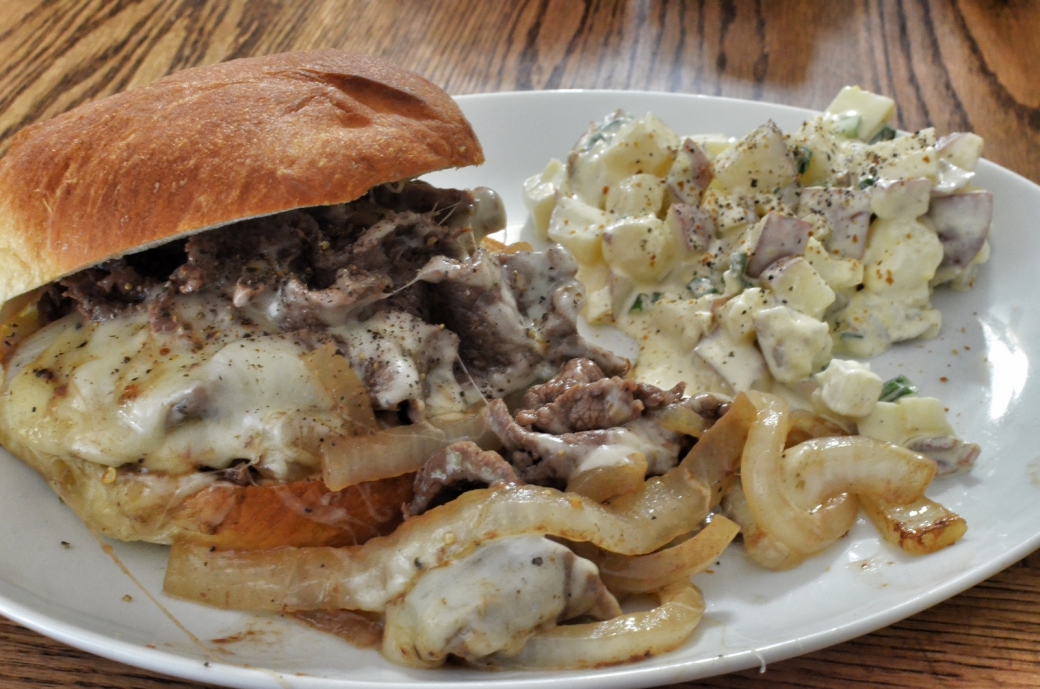 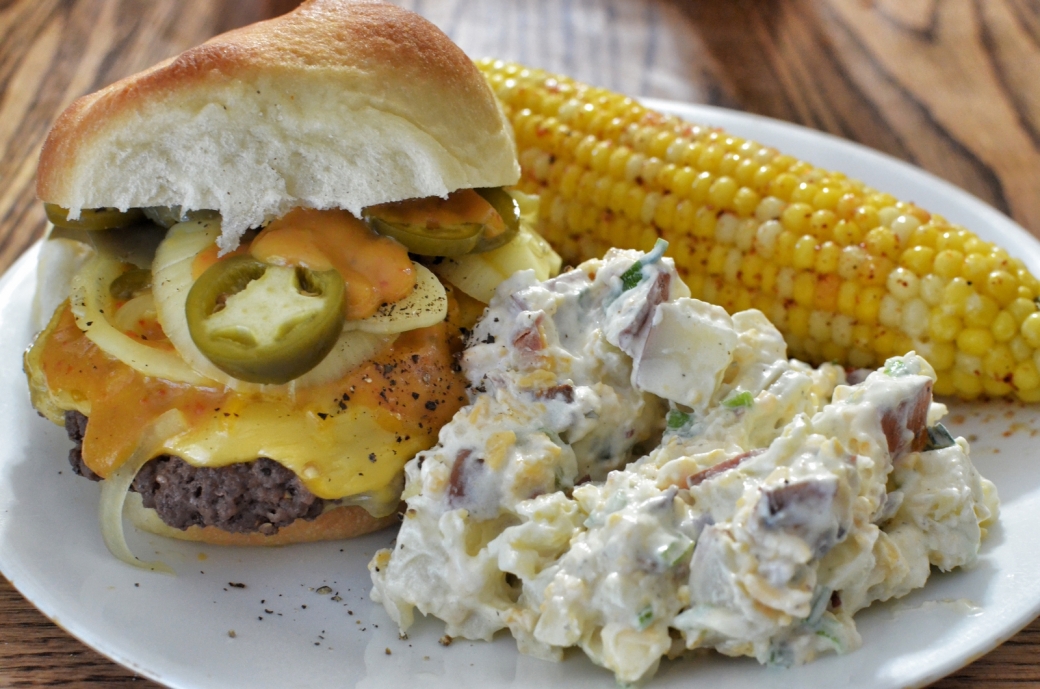 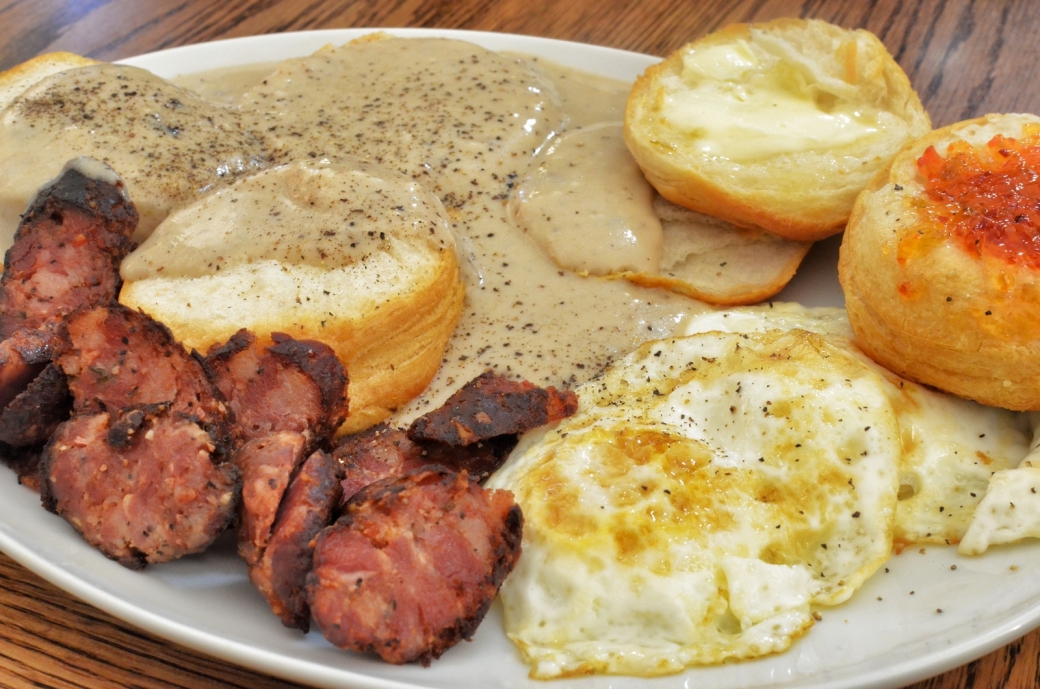 I busted the rest of those biscuits out of their can because I was really wanting biscuits and gravy. It’s not the best gravy but I had some leftover from a pork chop dish. I had a few of those homemade Andouille sausages to use up and it seemed a great time to fry a couple of eggs.  The five pepper jelly works great on a hot biscuit.

There was a litter of Great Pyrenees/German Shepherd Dog mixes dropped off the other day at St Francis, this is a female.  She is 6 or 7 weeks old here.

Cheesesteak!  I tried my hand at baking baguettes the other day but without much success.  This is as close a picture of one as I’m going to post. Let’s just say that 500 degrees for 12 minutes then turn to 400 for 20 minutes more will not be the method in future attempts.  The birds made short work of the rest it. 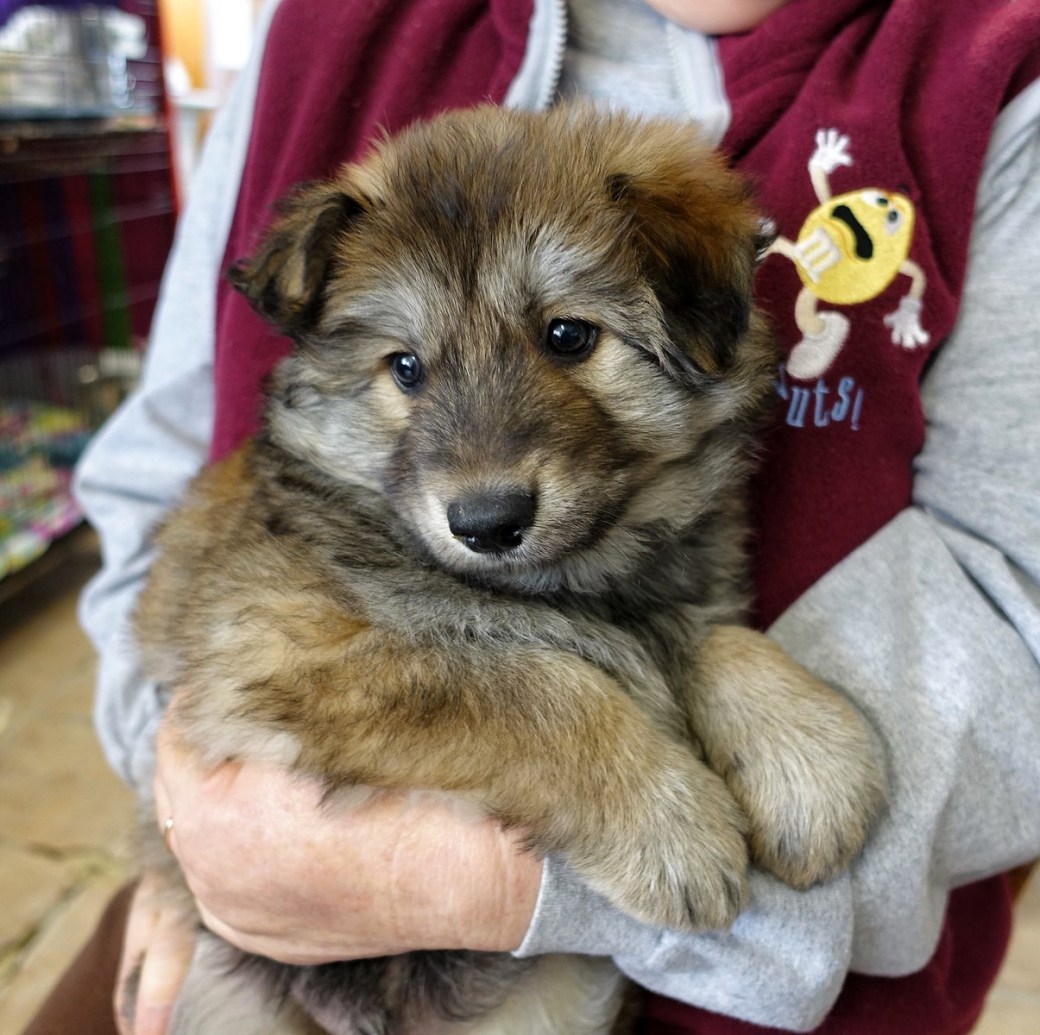 Here is a brother to the puppy in the picture above.  A little more of the GSD shows in his color.  There are 5 of these and they are all spoken for.

Tacos!  I like to fry the flour tortillas when I make tacos with them.  Put a 1/4 inch of oil in a large skillet and heat it to almost smoking and plop one in.  It will only take a few seconds if the oil is really hot, flip it over for a few more seconds and then lay it on paper towels to drain.  They will tend to puff up but you can press the bubbles down in the pan and after it’s out but be quick and flatten them while they are still hot.  I fold them in half right away, too, so they don’t break.  These have grilled chicken on a smear of refried beans.  I have sliced green peppers, fresh jalapenos, onions, shredded cheese, sour cream, and a hot sauce for a finish.

Moar puppehs!  These are a dachshund/terrier mix and they are just the cutest things.  Aww…  There are 6 total, the others are different colors.  They are 8 weeks old. 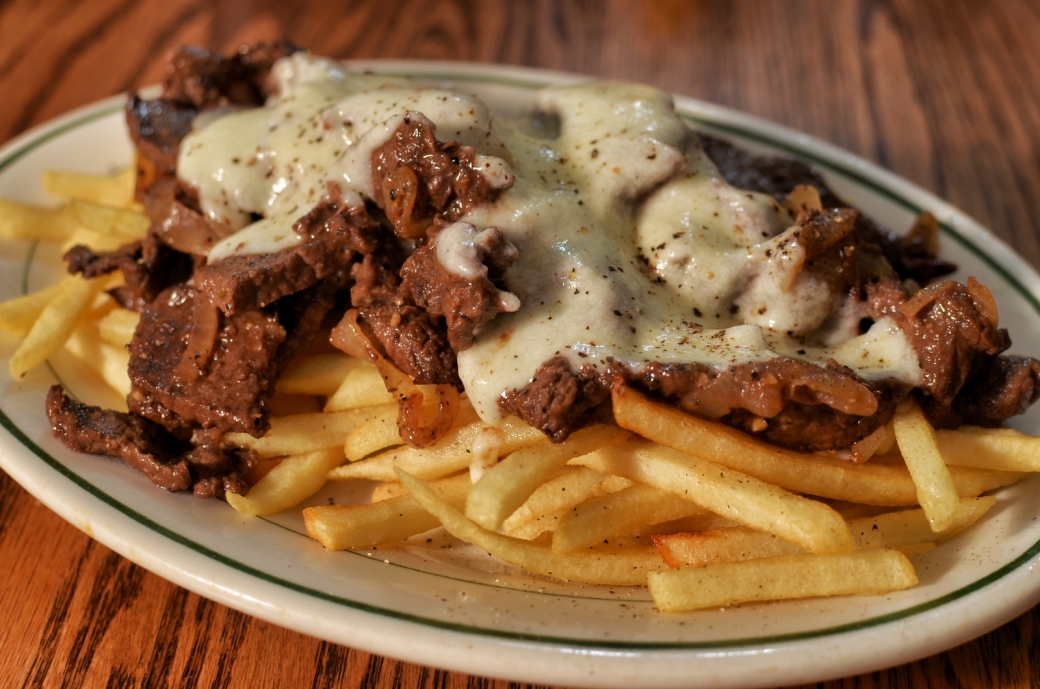 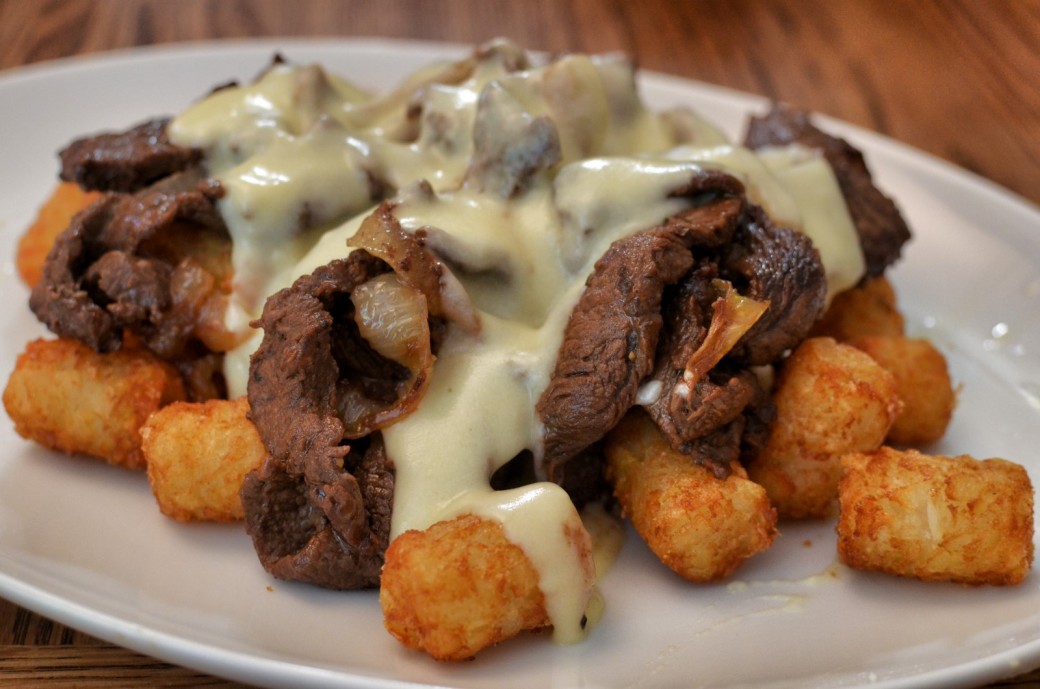 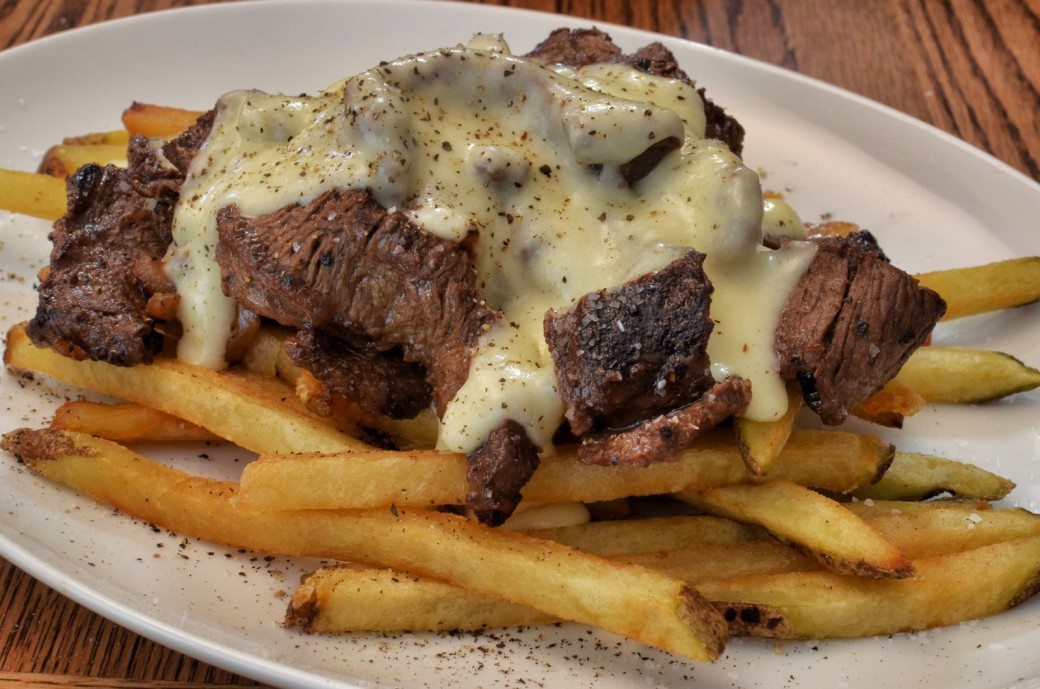 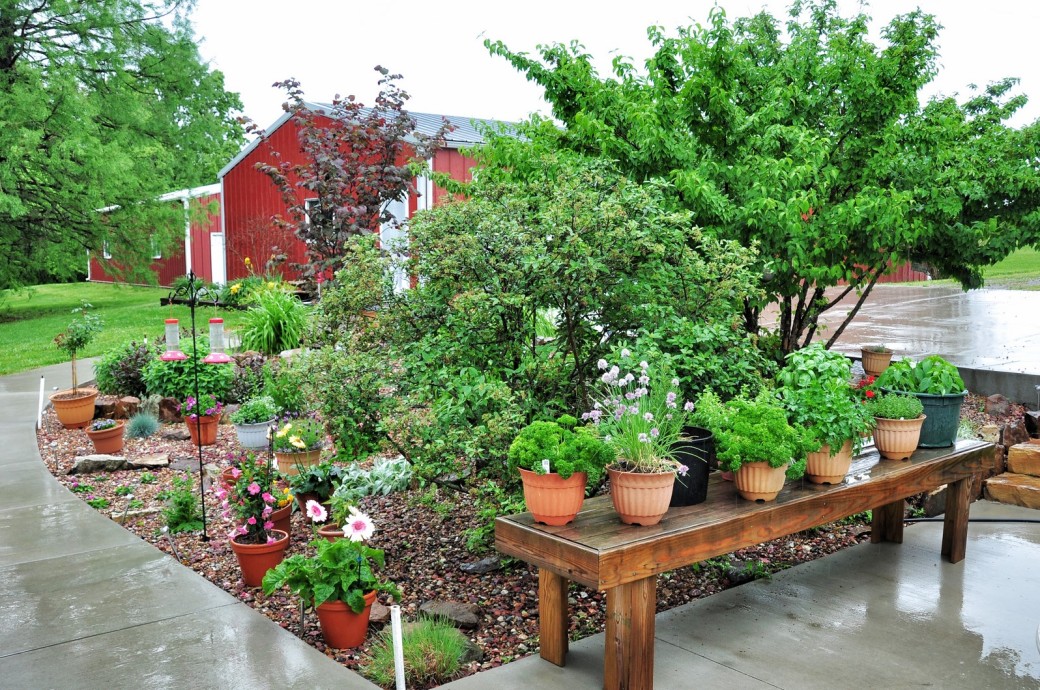 It turned off cool and rainy as a cold front passed through.  It had been hot enough for the AC.  Mrs J has been potting up a slew of flowers, and I have been struggling to keep up a similar pace with my herb garden.

My pair of cherry tomato plants.  These are Sweet Millions, a new variety for me.  We have some tiny green tomatoes coming along and it shouldn’t be long before I’m enjoying them sauteed in oil and garlic over spaghetti.  Yum!

My usual lineup of peppers.  I have more of those little sweet peppers, habaneros, jalapenos, cayenne, serranos and Anaheims.

I corned a big brisket and made it into pastrami.  It gave the new meat slicer a good workout.  We’ve had a few reuben sammiches from it.  I bought one of those vacuum sealing kits and used it to package and freeze most of this.  I’m beginning to use the sealing thing more and more as I get used to it.  I sealed three slices of that last pizza, freezing the slices first so the pieces would not come out of the bag as a big mess.

We’ve made a few batches of creme fraiche and are learning more about it.  I have been using plain yogurt as the additive to the cream and letting it work longer before it goes into the fridge so that it thickens better.  It’s good on all kinds of stuff, I used it as part of a creamy dressing for a slaw the other day to good effect.

We had cheesesteak the other day.  I used a marinade on the thin sliced flat iron steak as a change from the usual recipe where I just salt and pepper the beef and fry it in oil with the onions.  The marinade was Dijon mustard, balsamic vinegar, garlic, and oil.  I grilled the onions separately this time.  Saute the meat until the marinade dries and the slices start to get crispy edges, then layer on Swiss slices and cover the pan to let the cheese melt.  Use a big spatula to transfer the filling to a split hoagie roll and top with the onions.

Gyros!  Well, I did have a tub of yogurt opened already from making the creme fraiche.  We used naan loves this time instead of the regular sized pitas. 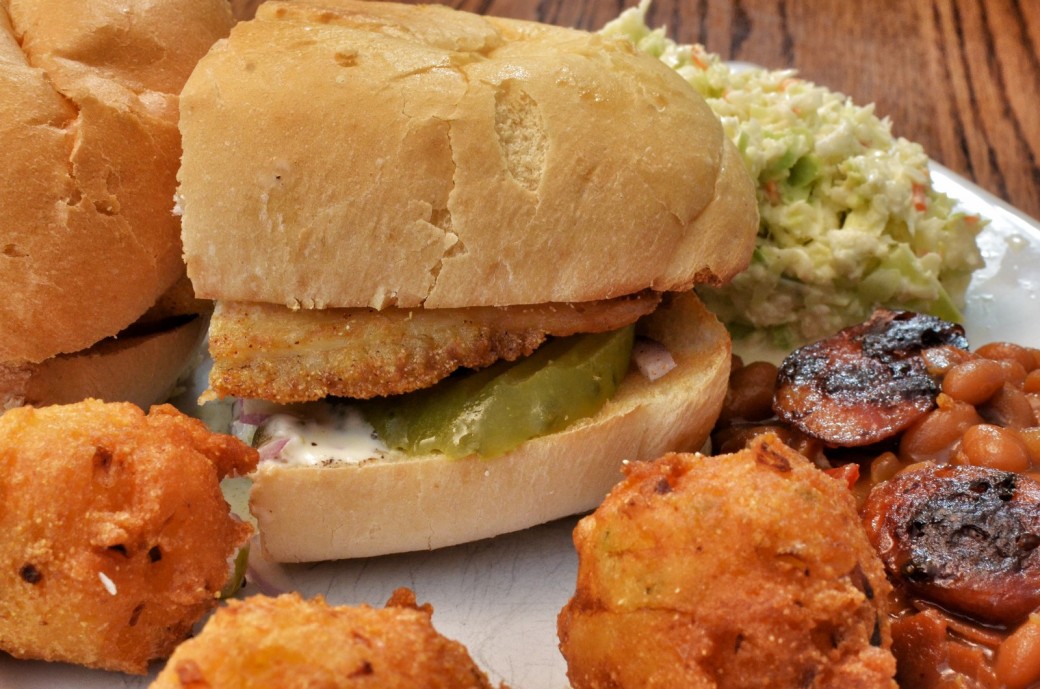 Starting to get into summertime mode where fish fries are standard.  We have a menu for these things that varies little:  The fish, slaw, baked beans, and hushpuppies. 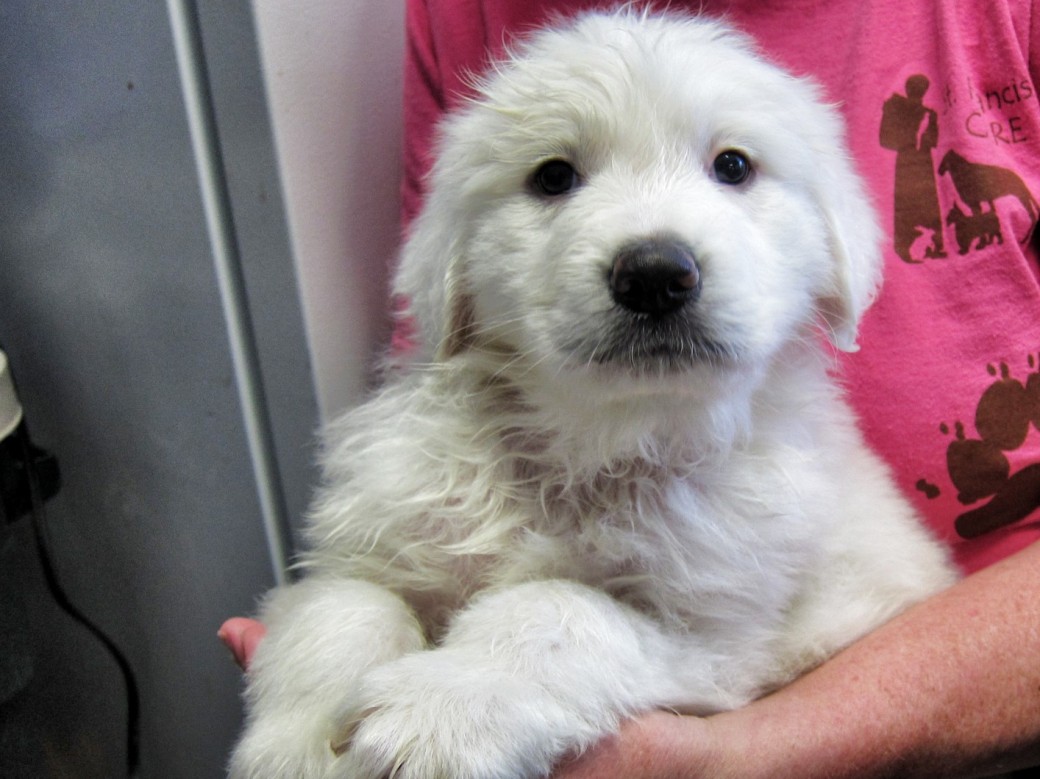 Not a hushpuppy!  LOL!  This is a Great Pyrenees pup.  He’ll be a big boy one day, soon.

The mini sweet pepper bushes are producing scads of small peppers.  A while back I dropped a few into a refrigerator pickle I have going with cherry peppers and they did very well.  I started a new pickle with these, equal parts white vinegar and sugar with a half teaspoon of salt per cup of solution.

Made a big pot of chicken noodle soup the other day, and baked a loaf of white bread to go with it.  Crackers are good and all but wouldn’t you rather dip a nice warm slice of bread into the broth? 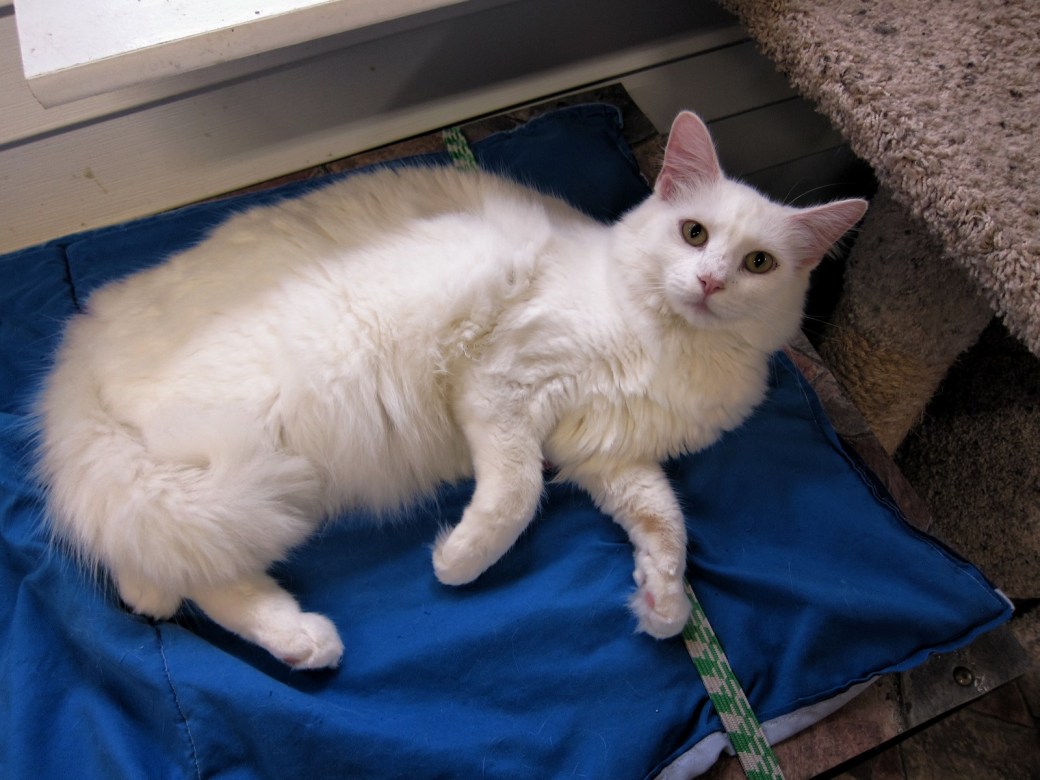 Here’s a pretty kitteh.  Biscuit was sent home with a family but they brought her back after a couple of days.  Mrs J says she hasn’t a clue as to why other than they just changed their mind about wanting a cat.  Shame, she seems well socialized though is not much of a lap kitty.  She likes to play feather on a string and all the other usual games.

Here’s a nice cheesesteak sammich with a few of those little peppers.  I used a little different method on these.  Usually I just cook the meat with just salt and pepper but I used a simple marinade on the thinly sliced strips today:  Olive oil, soy sauce, some A-1, black pepper, garlic powder, and paprika.  Not a huge difference but it turned out well enough to go ahead with a marinade the next time, too.

… because it cooled off overnight into the mid-fifties.  This one is beef and onions with barley, one of my favorites.  There is a slice of havarti on top, along with a puddle of butter because I am old and slow to trip the shutter. 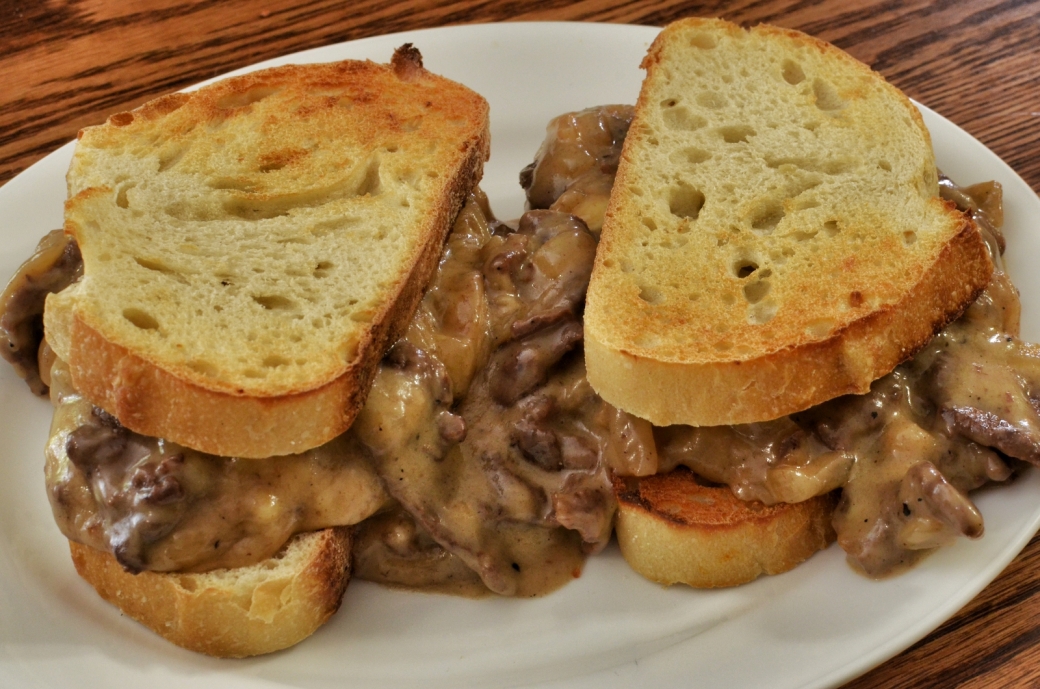 And a sammich, because.. soup ‘n sammich!  We had leftover cheesesteak from the cheesesteak fries the other night and I saved the meat and cheese in the same container so it was reheated together.  Pretty sloppy so I toasted slices from a load of garlic bread to contain it. 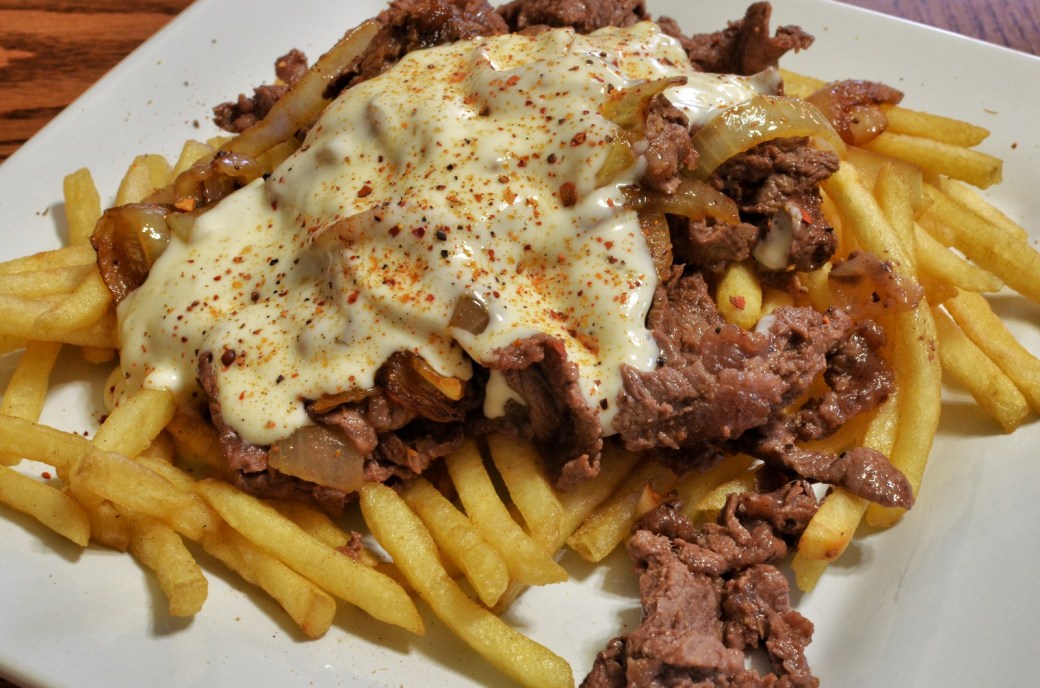