I harvested about five pounds of jalapenos and purchased a couple pounds of Poblanos and roasted them. I peeled and froze the Poblanos to make Creamy Poblano Soup later. The jalapenos I made into pickled relish and froze.

One issue with roasting the jalapenos as long as I did, is the relish becomes more of a “spread” – they disintegrated when I chopped them.  This is not going to matter to me because they will be used in soups, stews, and on sandwiches and will taste great regardless of the texture.

In the photo, you will see the jalapenos and tomatoes I have harvested since the roasting…and since the photo I’ve harvested that many or more, again. I swear the jalapeno fairy just deposits them on the plants in the middle of the night. They were not there before, LOL.

I’ll most likely buy some more Poblanos and do another round of roasting. But there may only be one jalapeno plant next year.

I processed the few grapes I got this year into juice that I then add to my morning shakes. My neighbor gave me a handful of passion fruit, as an exchange for all my plums her toddler loves to eat. So I also added those to my shake this morning.

Not exchange was not necessary, he can have all the plums he wants! He’s a pandemic baby, born just as we went into lockdown, so I have probably seen more of him than I normally would, as mom and dad walked around the neighborhood several times a day and my office faces the street. Socially distant chats were a welcome diversion.

It’s been my pleasure to watch him grow and start walking and now starting to talk, enough to make his desire to pick plums from my tree clear. Still a nice distraction from work, as far as I’m concerned.

Add all ingredients to the blender and blend well.  This makes 2 thick smoothies.  For more of a milkshake consistency, add 6 ice cubes and blend well. I use frozen fruit, so I don’t add the ice cubes, but sometimes a bit of water to make a smooth consistency.

The tomato harvest has been lackluster this year. Weird weather has caused the fruit to be small and slow to ripen. Some I’m afraid are not going to ripen at all. The San Marzano, which should be about the size of a Roma, look more like cherry tomatoes. Early Girls are anything but early and no bigger than golf balls. And I have to wonder what the Park Wonders would look like in a good year – beefsteak size for sure. Flavor has been great on all of them, so I take comfort in that.

Since the jalapenos are not only abundant this year, but incredibly hot, I decided to try and roast them to bring out a bit of the sweetness. It wasn’t all that successful, but I did manage to make a couple of jars of pickled jalapeno and freeze them to use sparingly in cooking over the winter. END_OF_DOCUMENT_TOKEN_TO_BE_REPLACED

The garden is starting to overflow with ready-to-pick goodies. Here are some new flavors to try with fresh green beans. Below are stovetop and instant pot instructions. 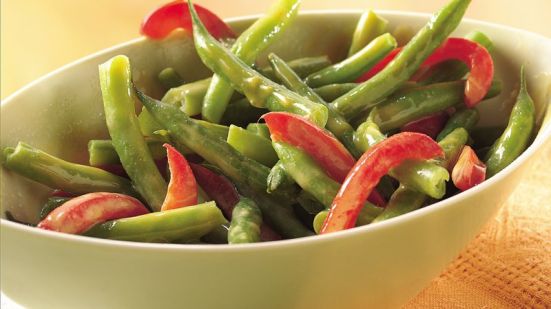 It began innocently enough with laying out an outline of what might be nice and a promise I’d think about it for a while. Two weeks later, phase 1 is complete. 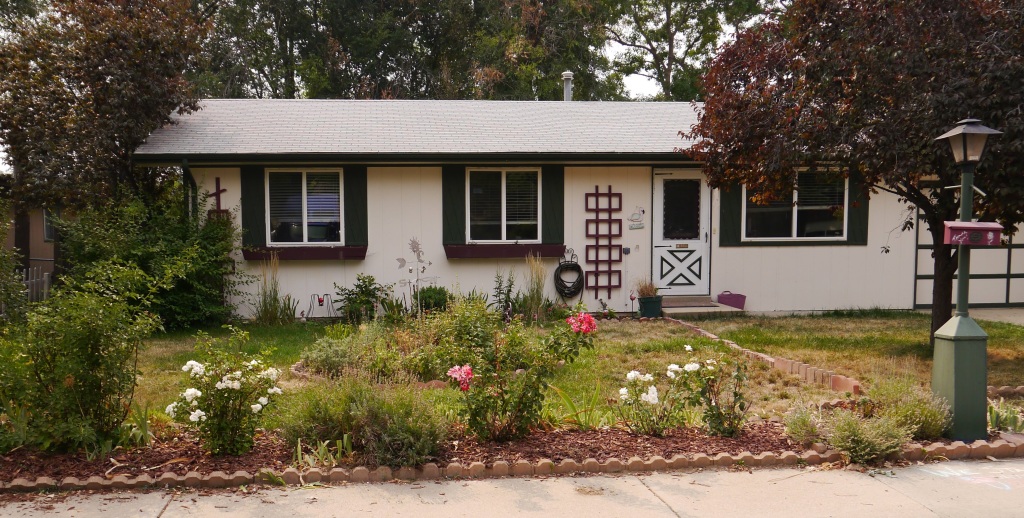 My goal was to create an excellent soil base to replace what is now pretty much cement hard clay. The previous owners used a chemical lawn service for at least a decade, that left the soil depleted and hard as a rock. Over the past four years, I’ve been amending it with compost, manure and aeration. A record drought this summer proved that none of those measures were enough to reinvigorate the lawn and the soil was still like granite.

I had several choices: use chemicals to kill (just no), or a bobcat to scrape, the grass and bring in a large amount of good soil and replant the grass, or add sod, or xeriscape. I was definitely leaning towards creating an area of low-water native plantings. But the cost of scraping a lawn and bringing in yards and yards of compost/soil was cost-prohibitive.

Then a bit of research led me to the Sheeting Method. Better soil would be achieved by killing the grass and weeds with a sealed layer of cardboard and mulch. Leaving an excellent base for native plants and bushes to replace the grass.

The next step was a hunt for cardboard.

Thanks to neighborhood apps, I was able to relieve multiple neighbors of their cardboard just before recycling day, so it was already flattened. They didn’t have to drive it to the recycling center, and I got several carloads of boxes. 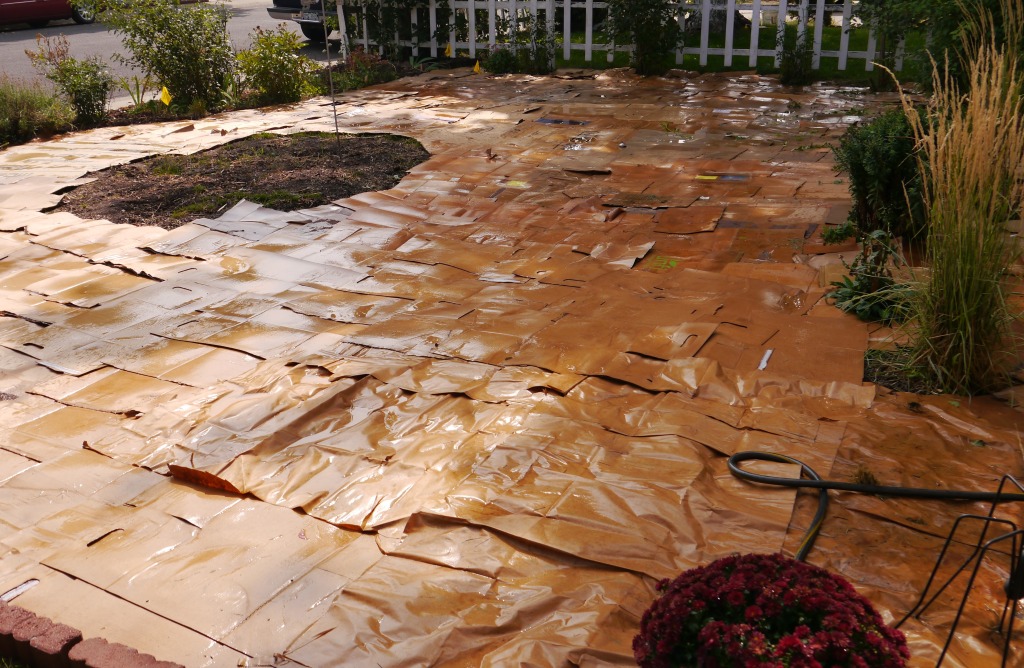 END_OF_DOCUMENT_TOKEN_TO_BE_REPLACED

I came home after being out of town for a week to an abundance of ripe and ripening tomatoes.  I only planted four plants, but I think it will get us through the winter.

This large tomato is a Mortgage Lifter. My local greenhouse carries a very few tomatoes and they are always unusual heirloom varieties. Last year it was San Marzano – and they were amazing. I think I’ll try to start some from seeds next year.

This year it was Mortgage Lifter and Amish Paste tomatoes.

This is the first ripe Mortgage Lifter – about the size of a softball – heavy – just under a pound. Definitely the biggest of this year’s varieties. END_OF_DOCUMENT_TOKEN_TO_BE_REPLACED 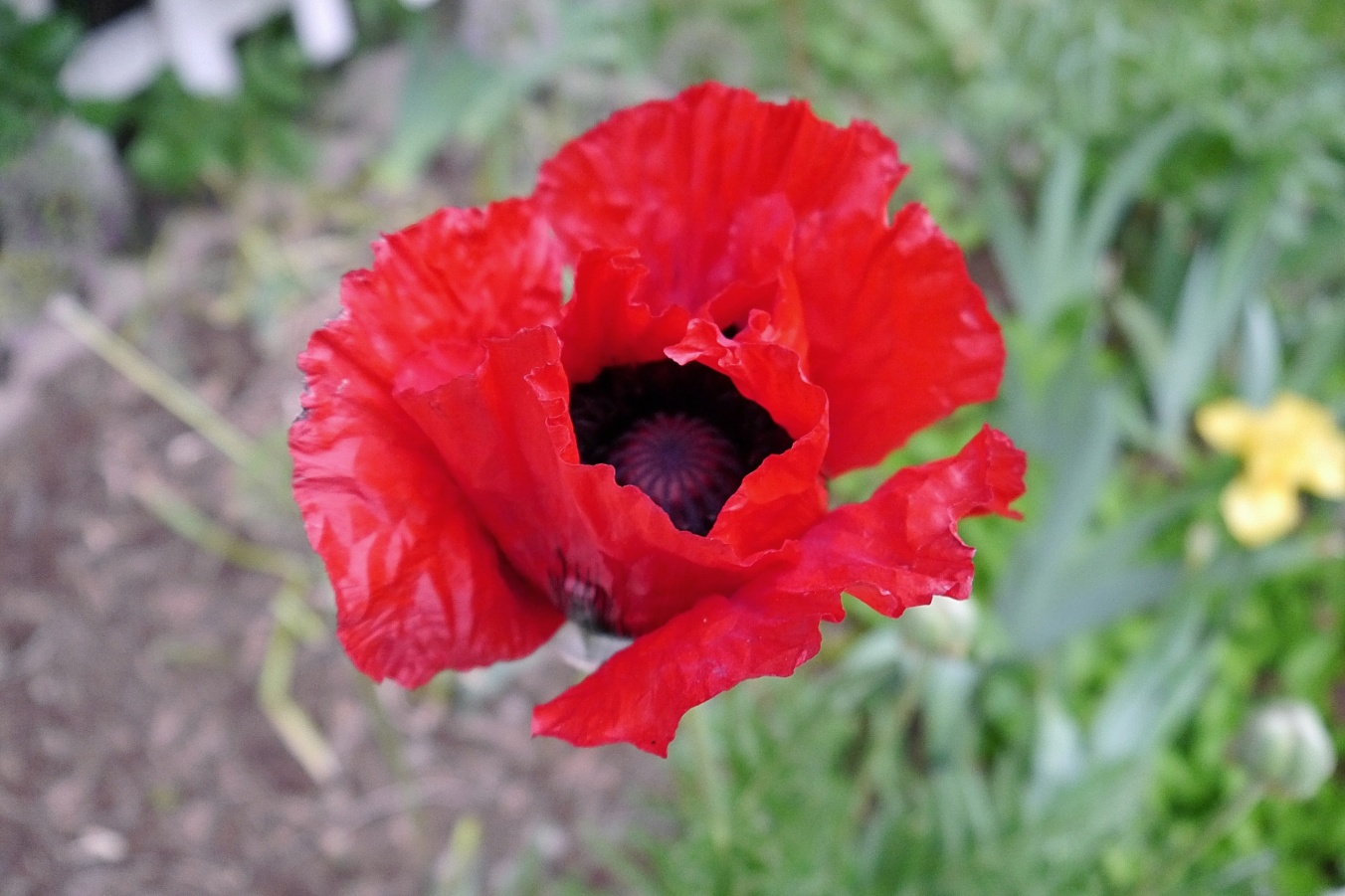 My red poppies always bloom faithfully at the end of May, usually in time for Memorial Day, but I think this year, because it came so early in the month, they hadn’t bloomed yet.

But, like beautiful little memorials, they have arrived. I don’ t have anything planted close enough to them to give perspective, but they are huge. 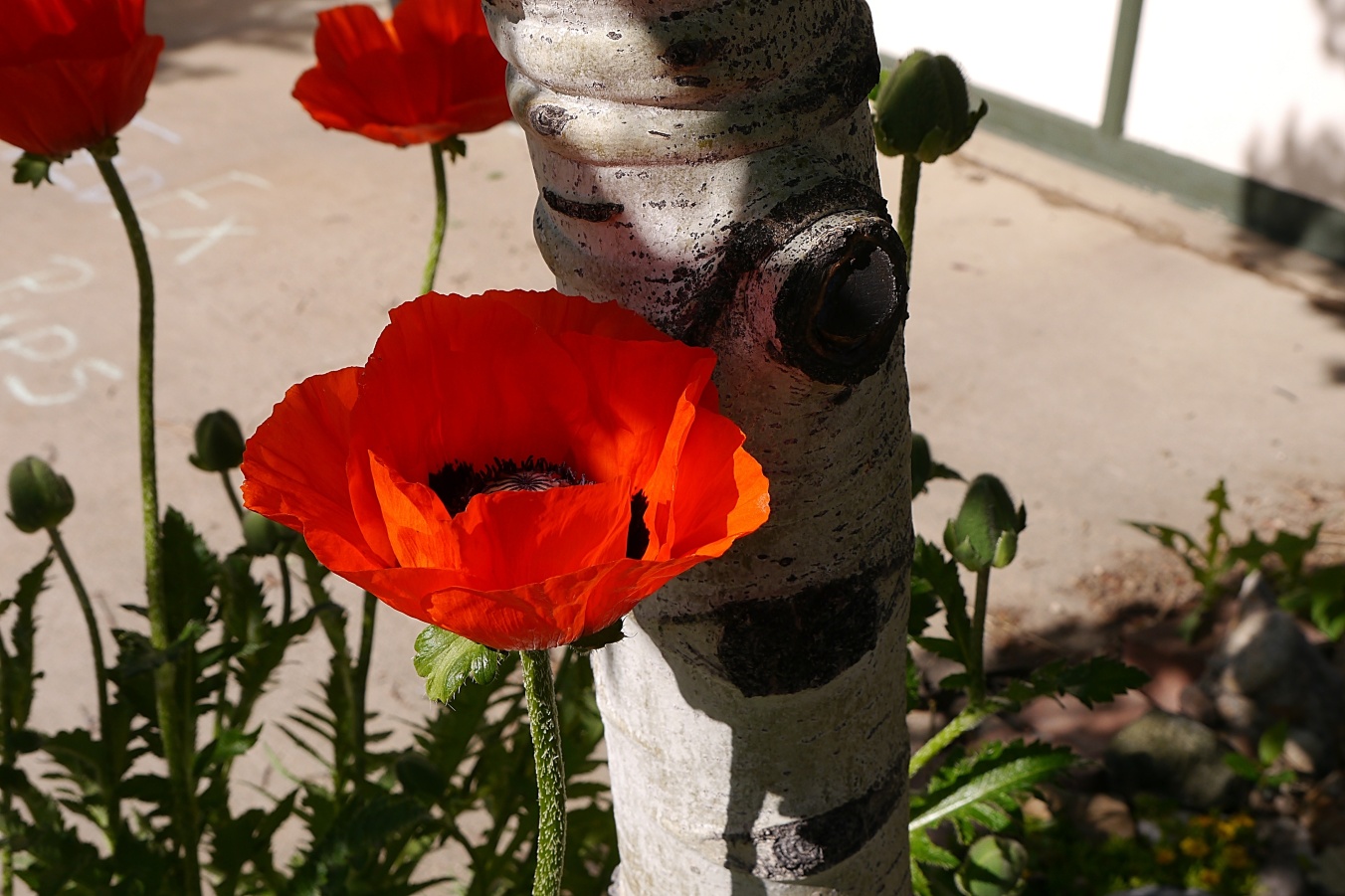 The orange ones are always first.