I made some cheese stuffing for pasta shells the other day, and made a meal of them with a tomato sauce from some of the cherry tomatoes I froze this year.  It was OK but you’ve seen it before.  I had a few stuffed shells left over and was casting about for a way to do them that was prettier than the last time and ran across some frozen cubes of basil pesto that were buried deep in the freezer.

I made a butter/olive oil sauce with lots of garlic, grated the frozen cube of pesto, added a little Parmesan, and turned out this delightful little dinner.

The cheese stuffing is a mix of ricotta and mozzarella with a couple of handfuls of spinach from this recipe, or one just like it.  I’ve forgotten what the pesto recipe was but I do remember it used hazelnuts instead of pine nuts.  It has Parmesan, basil, and olive oil plus the nuts and was spun out in a food processor.  Note to self:  Try to find a prettier sprig of oregano next time.

And plenty of that tomato soup left?  What to do… what to do…

I remembered some jumbo pasta shells that wanted filling.  I mixed the leftover ground beef and rice with mozzarella and Parmesan and the minced caps of the green peppers from earlier today but didn’t add an egg binder, nor any bread crumbs or the like.  I should have – just for the better picture if for no other reason.  It did taste good despite the lack.  I layered the cooked and stuffed shells in a casserole dish and poured the tomato soup on top of them, along with a sprinkling of more mozzarella.  Half an hour at 350 and they were good to go.  A little grated Asiago on top and a sprig of basil garnished the dish tonight.

Made another batch of ricotta and made it into a big bowl of cheese stuffing for pasta.  Mixed some Italian sausage into it as well.  We had enough to stuff 14 manicotti, about 30 jumbo shells, and still had some leftover.  The stuffing included some chopped spinach, a couple of eggs, shredded mozzarella, Parmesan, various dried herbs along with the crumbled sausage and the diced onion the meat cooked with.  Quite a bowlful. 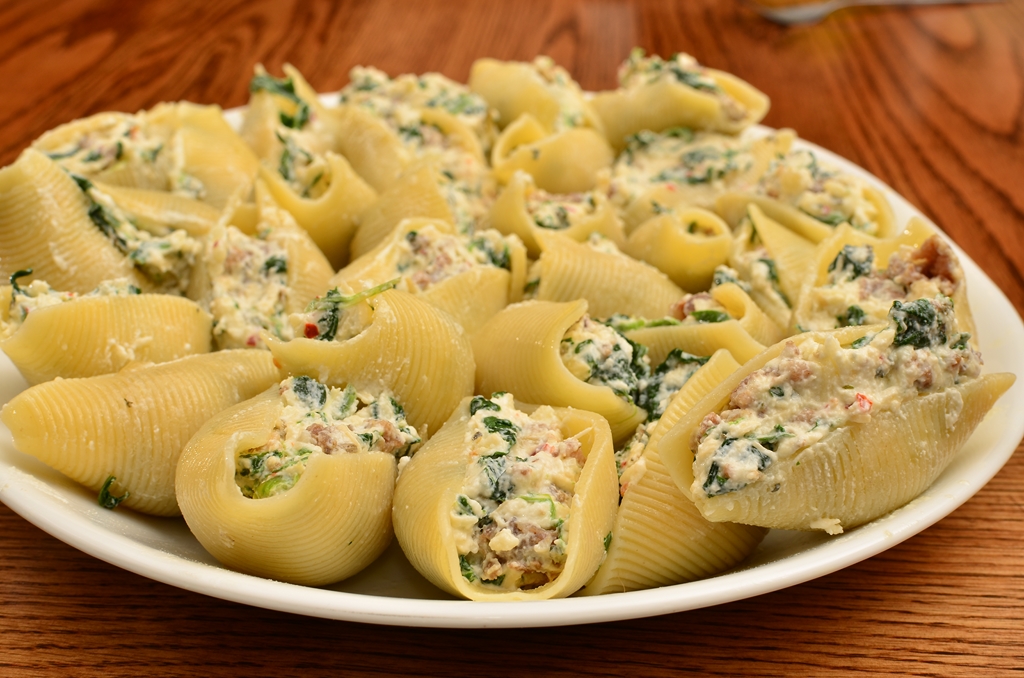 We have that bunch of shells dressed out with sauce and put away for later dinners.

Mrs J voted for the tubes for dinner tonight.  We have several more of these stuffed and put away along side of the jumbo shells.

Twenty minutes or so at 400 was long enough to warm these through.  Much longer and the exposed pasta will dry out and get hard.

It takes just a few to make a plateful.  Oh, and I mentioned there was still some of the cheese stuffing mix?  I found a use for that. 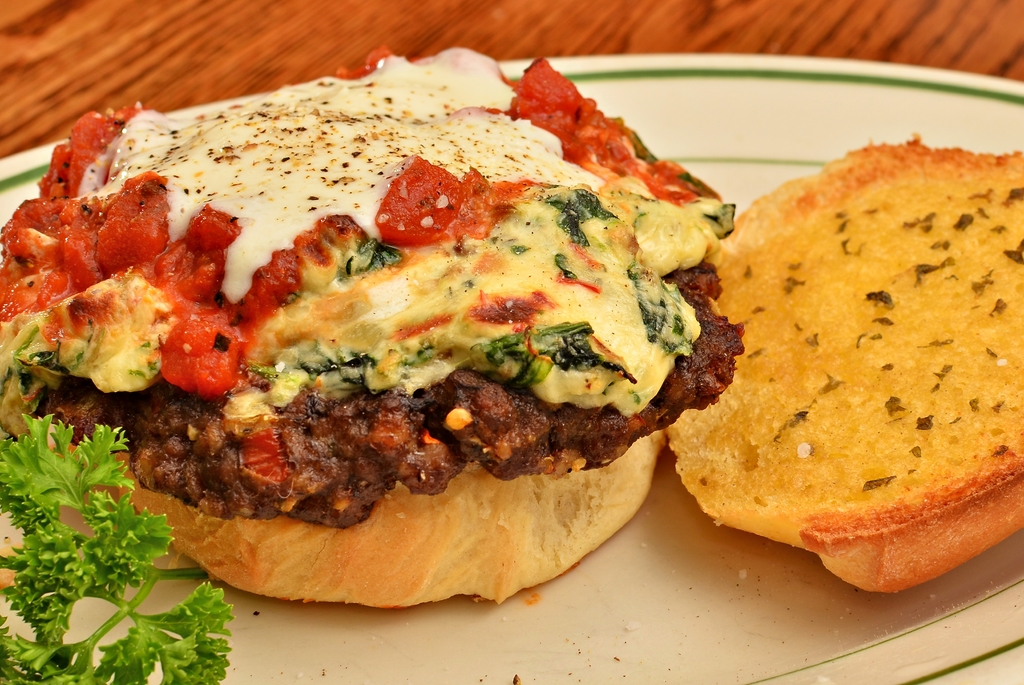 Sorry it’s been so long since I posted.  Been having some knee troubles that are depressing me, and we are in the midst of trying to get some concrete poured.  The weather isn’t being very cooperative-it looks like we will get a good soaking today, and it may well turn into snow later.  We had a spell of warm spring weather last week that had me out tilling and expanding the garden plot and cruising the garden centers looking for sprouts and seeds.

Good day to stuff some shells with cheese.