I’ve been meaning to update you on Jasper for a while. He will have been here three months this coming week. It’s been a riotous three months. He’s a very good boy, but we have had a variety of issues to work out, starting with boundaries, how to keep his huge and very strong front paws to himself, and to stop being selectively deaf when it comes to the word “no.” 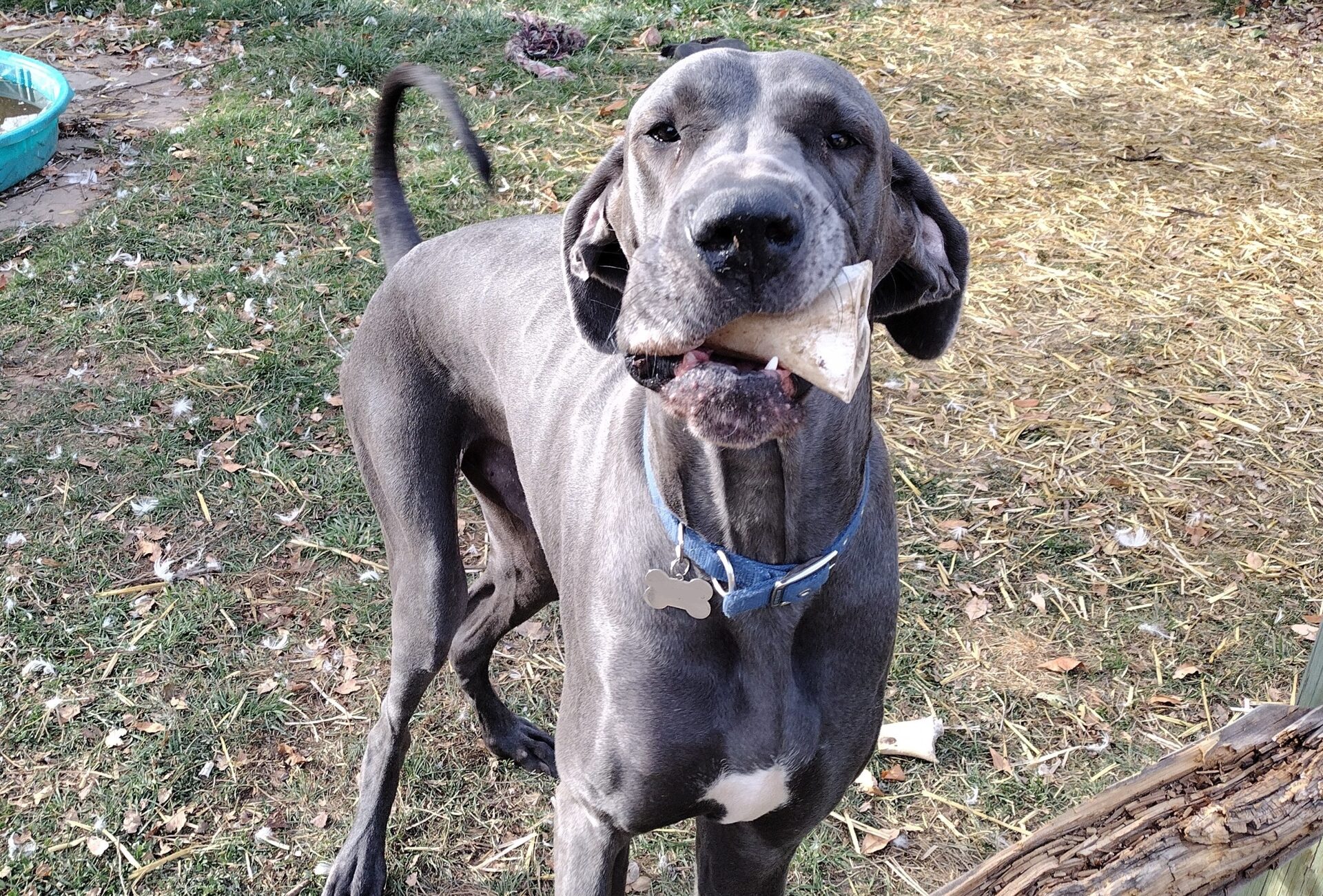 He pulls the same look anytime I scold him. He turns on the charm and reminds you that he was once starving and abandoned. I feel like a villain, but remain steadfast in his training. He rewards me by catching on incredibly quickly. 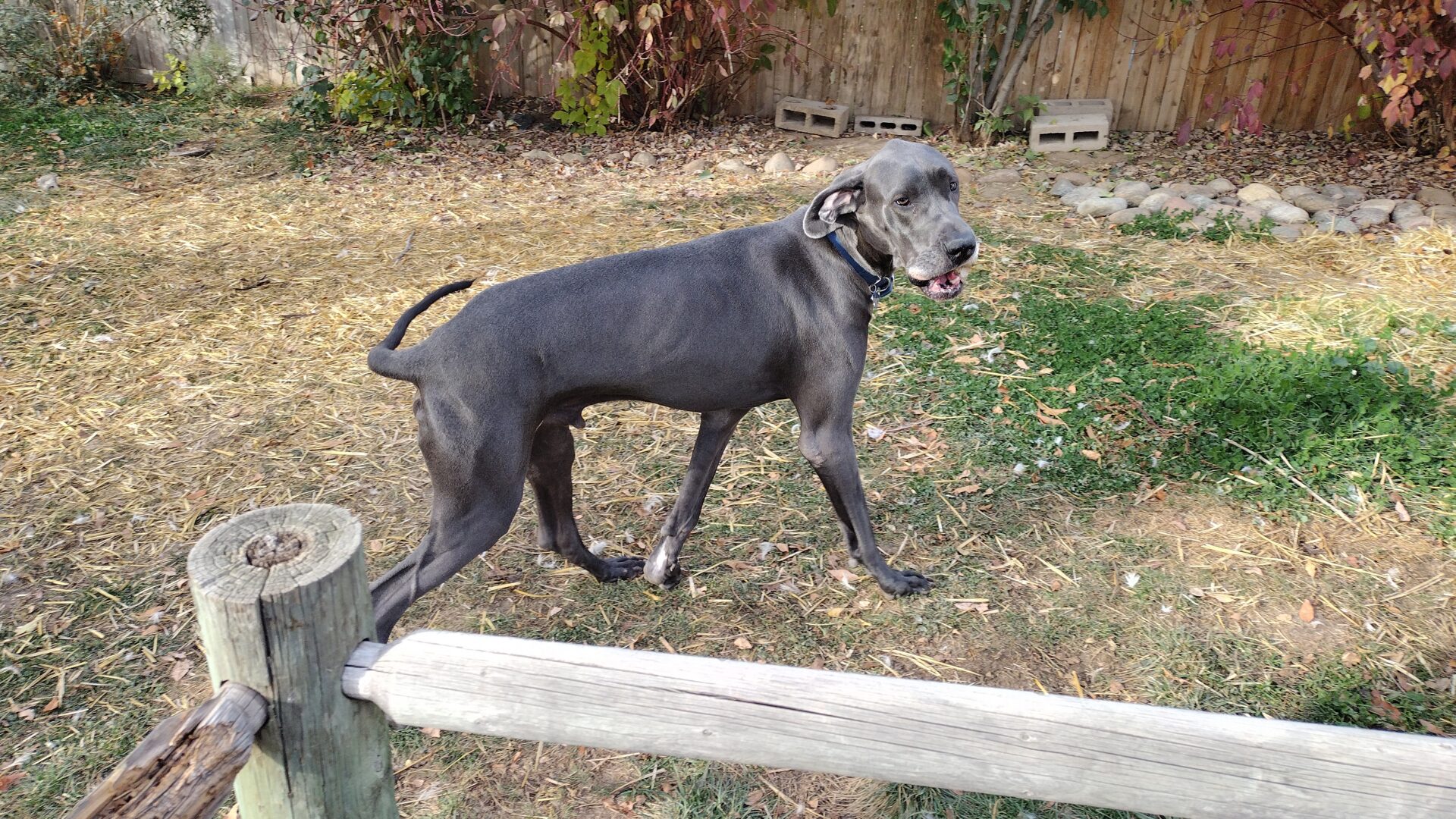 Look at that booty

Scout still feels a bit put upon, but she enjoys romping around the yard with him. He insists on full body contact with her when they sleep and while she tolerates it, she throws me those “why me?” looks from across the room. 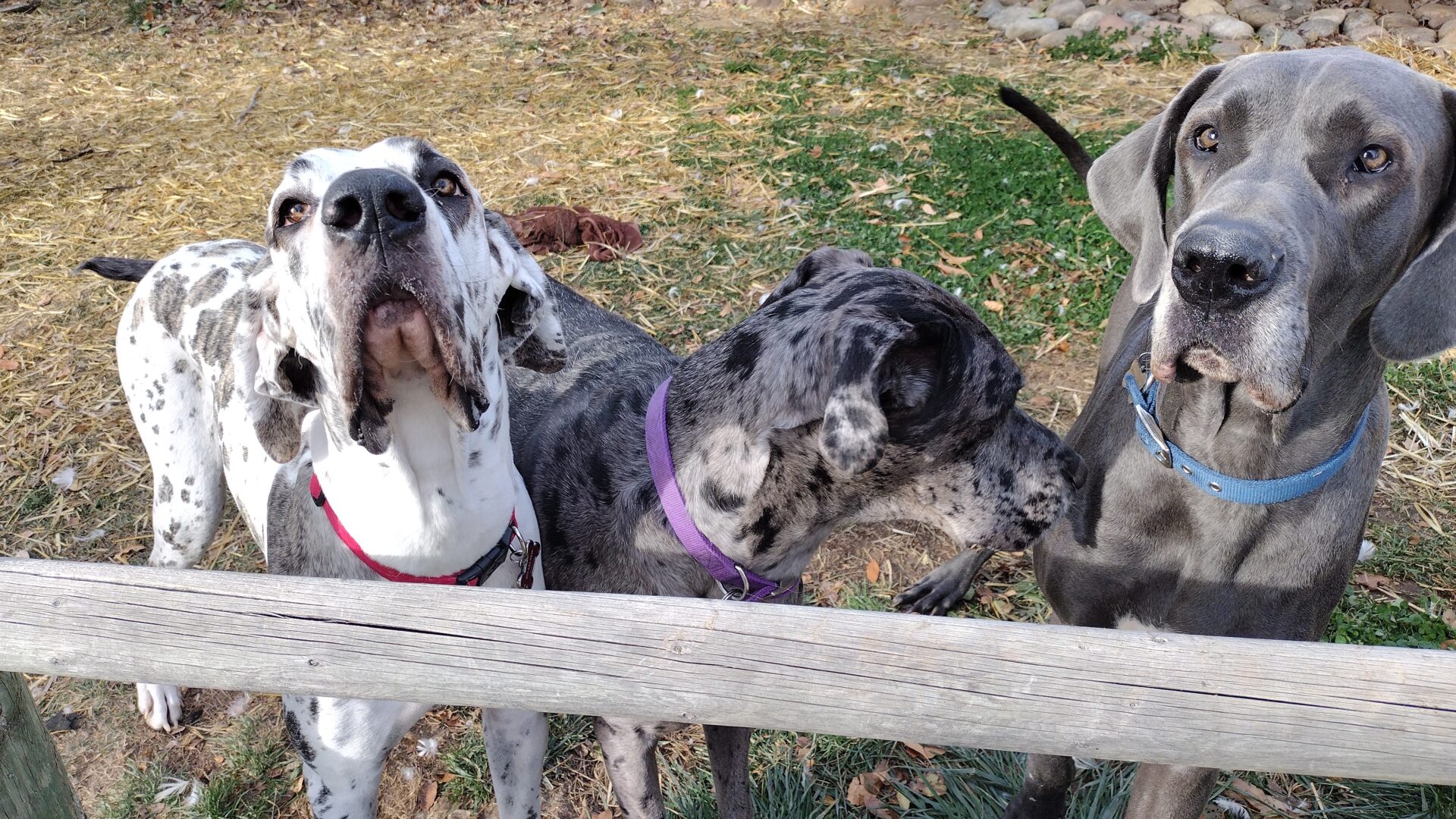 Our trusty panda is no match for nearly full-grown Trixie. I cannot stress how difficult it is to get a photo of her these days. Even with the bribe of cheddar cheese, she’s in constant motion. And the moment I get the camera, her ears are back, so you miss the big floppy beauties that give her a little bit of a Bassett vibe.

Scout wonders what all the drama is about. She’s a chill four years old and while she’ll match Trixie zoomie for zoomie outside, inside she’s less likely to be enticed off the couch. END_OF_DOCUMENT_TOKEN_TO_BE_REPLACED

Walked into the living room to this:

I guess the two youngest members of the household are friends.

Poor Trixie discovered bees today. It did not end well for her.

She’s giving pathetic a run for its money. Sweet thing.

Not sure what is going on here. Poor Scout.

She’s six months old this week and not sure how it’s gone so fast. Although, she has no problem being a lap dog. END_OF_DOCUMENT_TOKEN_TO_BE_REPLACED

I’ve been trying for a few weeks to get video of their antics, but it’s been difficult. When I go outside they all head over to me to see if I have treats or something. This is the best I could do and is just a small sample of what’s been happening in the backyard as spring has sprung.

I’m not sure how to break the facts to Nick, but for now am letting him enjoy his spring-fling.

My theory is, much like with Mabel and Maddie with Jake – who happened to take his new found ability to go outside as an opportunity to spray the fence line (he was neutered, but that doesn’t seem to limit pheromones for some) and the ducks took that as a sign he was the perfect male to crush on.  Poor Jake…

At 5 months, Trixie’s hormones are kicking in and this seems to have triggered Nick’s crush.

I do keep a good eye out on them because Trixie is, after all, a clumsy 5 month old with huge paws.

It’s calmed down a bit this week as the weather warmed, so maybe we are past the craziest part of it.