I know this sounds like a crazy recipe, but the Garlic, Garlic Chicken is a keeper.  The garlic roasts to a nice, nutty, sweet flavor, perfect with a slice of bread.

The salad works because each pepper has a different flavor. I didn’t want to do much to overwhelm that, but you can add sliced onion if it appeals to you.

Get a really good Artisan bread and you’ve got a dinner that takes less than 20 minutes to prep.

Wash and dry the chicken, remove any giblets.  Add all ingredients into a roasting bag and roast for about an hour (follow cooking bag instructions, usually about 350 degrees, use a meat thermometer to check chicken temp).  Remove chicken to a platter and place garlic and sauce in a serving bowl.  The garlic can be squeezed out of the skins at the table onto the fresh bread.  Alternately, you can take the broth, reduce it and then add the peeled garlic into that. It makes a very nutty, garlic-y kind of gravy.

*I substituted 1/4 cup of a good whisky this last time with good results (I upped the broth to 3/4 cup).

Toss peppers and vinaigrette dressing and let marinate 30 minutes.  Serve on a bed of bibb lettuce.

Need to keep everyone out of the kitchen while you finish up dinner prep?  Set up a buffet table with a raw vegetable tray and dip, a bowl of nuts (in their shells) along with a couple of nutcrackers and this soup in a slowcooker to keep it warm and that should keep your guests occupied while you cook.

A little bit of comfort food (at least Ravioli is in my house) for what has been a very cold and busy week. I make fresh pasta for special occasions – my spinach lasagna being one of them. I have only made fresh ravioli once, and once was enough. Much like making my own steamed dumplings, effort vs. reward is definitely unbalanced. Especially when with a little bit of experimentation, you can find really good fresh or frozen ravioli at a reasonable price. I usually stick with the cheese or cheese & spinach ravioli – most of the meat ones I find taste like mystery meat.

Heat 1 tbsp of oil in skillet, add vegetables and garlic, sauté for 2 minutes, add chicken broth and spices, and simmer vegetables until tender. Remove, toss with olive oil and serve.

The deep chill set in last week and shows no sign of leaving, so it had to be soup tonight. I just made a big pot of potato soup from leftover mashed potatoes and a few whole potatoes I sliced on my new mandolin to help get me through the big freeze. I thought it should then be the theme for tonight’s menu.

I’ve been eyeing mandolins for a while and settled on one that would be useful for how seldom I would use it. So far I really liked it. I did invest in a glove to prevent adding my fingertips to any meal prep. So between that and the new camera, I’m hoping to wow you with some pretty plates in the coming weeks.

But until then, here is tonight’s full menu and shopping list:

There’s nothing better on a cold night than Creamy Potato Cheese Soup.  I rarely peel potatoes, I scrub the skins thoroughly and that’s good enough for me. It also saves a lot of time and potato skins are full of good things. Yes, there is cheese, but milk instead of cream, and you can even use non-fat milk without noticing any loss. I threw the Pear and Sour Cherry Crisp in at the last minute, because to me, fall is all about fruit crisps.

In saucepan or Dutch oven, cover potatoes with water and boil until fork tender, drain all but 2 cups water. Add onions, garlic and spices to potatoes*. In a bowl mix together  milk, flour, salt & pepper. Mix well, no lumps, add melted butter. Add to potatoes and mix well.  Bring to a low boil, stirring constantly, add cheese, reduce to low and simmer for 15 minutes.

*A great trick is to remove about ½ cup of the cooked potatoes and mash, then add back into soup, this gives you an extra creamy texture.

Combine dry ingredients and cut in butter until mixture is crumbly

Phew, almost forgot about the recipe exchange – was out house hunting and lost track of time.

I am just not sure how it got to November 1st already. I am not ready for the holiday season to begin. I am thinking about Christmas Eve dinner menu, though, because I am hosting again this year. Suppose to visit family for Thanksgiving, but that may not happen, so I might have to begin to think about that menu, as well.

BTW, in case you missed it – and if you visited the blog anytime in the last week, how could you have – my beloved Boston Red Sox are World Series Champions.

I decided it was stew weather. When things get chilly and busy, stew is one of those things I love to have slow cooking when I get home in the evening.  In my mind, stew is best when it’s simple: meat, potatoes, carrots, turnips or rutabaga, onions, salt, pepper and a bay leaf.  But I understand that there are as many stews as there are families who enjoy them. With that in mind I have a few recipes and the featured recipe will be a simple one that you can add anything to that suits your fancy.

Let’s start with the Dinner Menu this week, which is Spicy Chicken Stew and Sweet Potatoes with Apples (click here).

Tes at Home had a Beef Stew with Apples, link here.

I have a Beef Stew in Wine with both pressure cooker and slow-cooker instructions here.

And finally JeffreyW does a Guinness Lamb Stew, pictured above and recipe here.

What’s on the menu for the weekend? How do you dress up your stew recipes? Hit the comments and share your tips.

Now for the featured recipe with bonus biscuits:

Heat oil in skillet and brown beef (you can do this the  night before and refrigerate with all the pan drippings). Place meat, onion, turnip or rutabaga, potatoes, carrots & spices in the slow-cooker,  add 6 cups water and cook according to slow-cooker directions, (usually 8 to 10 hours on low). Before serving, turn heat to high, mix 1 cup water and flour completely, add to stew, stirring constantly, and cook additional 10-15 minutes.

Mix dry ingredients together, cut in shortening, add milk. Stir quickly with a fork until completely moistened, don’t over mix. Knead gently on floured surface for 10-12 strokes. Roll out to ½ inch thick, cut into biscuits. Place on baking sheet and bake at 450° for 10-12 minutes, until golden brown. 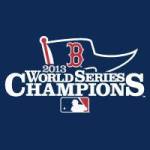 A friend of mine spent a few months one summer experimenting with coffee rubs. This was one of my favorites. If you need something fun to do with your next grilled steak, this is a recipe to try. And with my love of blueberries, can’t go wrong with a blueberry coffeecake.  Yum.

Mix together all spices. Lightly rub each steak with oil and then coat liberally on both sides with coffee rub. Now you can cook in a pre-heated skillet on medium-high heat, 5 to 7 minutes each side for medium rare. You can broil in the oven, using the second slot down from broiler, for 5 minutes each side, again for rare to medium rare, longer for medium. Or if you’re lucky (sigh) you can grill them outside. Cooking times will vary no matter which style you choose, so watch carefully and you’ll probably have to use a meat thermometer to really judge, because the rub makes it a little harder to eyeball it. Let sit for a few minutes before serving.

Steam beans until slightly crisp, but tender. While beans are steaming, begin browning bacon until crisp. You can drain most of the bacon drippings, leaving 1 tbsp to lightly coat beans. Add onions. Drain beans and dab with a paper towel. Add to bacon mixture, mixing well, until beans are coated in bacon drippings. Cook on medium-low for 1 to 2 minutes, until onions are heated through.

In bowl, add flour, sugar, baking powder, salt, buttermilk and mix well. Make a well in the center add egg, water & oil. Stir quickly until all everything is mixed well, but don’t over mix. Fold in blueberries. Spread batter evenly in baking dish. In bowl, mix topping ingredients until crumbly. Sprinkle evenly over the top of batter. Bake at 400° for 25-30 minutes, until toothpick comes out clean.

I thought I’d post a few vegetable recipes this week.  I often prefer my vegetables raw or lightly stir-fried, so I don’t do many fancy veggie recipes.  But that doesn’t mean I don’t have a bunch of those recipes in my arsenal! I use them a lot when having friends or family over for dinner.  We’ll start with this one:

Place steamer in saucepan, add enough water to come to the bottom of the steamer.  Add carrots, bring to a boil and steam until tender (about 5 minutes).  Remove carrots and steamer, drain water from the saucepan, add carrots and remaining ingredients to saucepan and stir on low heat until carrots are coated with honey and butter.  Serve immediately.

It’s another one of those Colorado weeks where it’s impossible not to want to be outside all day. Beautiful, warm spring weather, the flowering locusts are in full splendor making my evening bike rides fragrant and still cool enough at night to need a blanket…or a cat…or several. I’m halfway through my horseback riding lessons, I’m finally comfortable with my posting trot, but feel like my major accomplishment is being able to adjust my stirrups from the saddle. I also managed to get my deck flower pots planted, though I always want more than I have space for, I’m satisfied with what I’ve done for this season. It is definitely outdoor season here.  What’s on your weekend agenda? Planning on grilling for Mother’s Day?  What is your favorite food item to grill?

In honor of the great weather, I thought tonight should be about grilling. Steak to be specific. This rub is a favorite of a couple of readers, so I thought it was a good time to repeat it. This can be used with any cut of steak, though I originally had it on rib eye. It’s too heavy to use on poultry or white fish, but I would be tempted to try on swordfish or maybe salmon. Easy to do and adds a real dramatic flavor.

Mix together all spices. Lightly rub each steak with oil and then coat liberally on both sides with coffee rub. Now you can cook in a pre-heated skillet on medium-high heat, 5 to 7 minutes each side for medium rare. You can broil in the oven, using the second slot down from broiler, for 5 minutes each side, again for rare to medium rare, longer for medium. You can grill them outside. Cooking times will vary depending on which steak cut you choose, so watch carefully and you’ll probably have to use a meat thermometer to really judge, because the rub makes it a little harder to eyeball it. Let rest for a few minutes before serving.